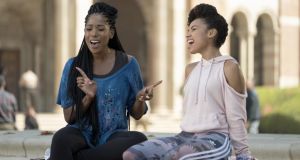 When the New York Times appointed a technology journalist, Sarah Jeong, to its editorial board last week, it led to an unlikely question being asked: Can you be racist against white people?

Over a period of years Jeong has posted numerous tweets referring to “Dumbass f***ing white people”, and opining that “White people are bullsh*t” or “White people should be cancelled”.

When a furore broke online over her appointment, Jeong released a public statement saying that as an Asian female she had frequently been the recipient of sexist and racist abuse on social media. Her tweets about white people should be seen as “counter-trolling” and “satire”.

The board of the New York Times stood by her, saying that while it didn’t condone her past tweets, it understood the context in which they were made. The board said: “For a period of time she responded to harassment by imitating the rhetoric of her harassers.”

Critics of what Jeong had tweeted accused of the newspaper of hypocrisy – saying that if you substituted the words “gay”, “Jewish” or “black” in Jeong’s tweets she would have been unceremoniously sacked.

But those who came to Jeong’s defence argued that there is no such thing as reverse racism (the idea that other races can be racist to white people). Racism, the argument goes, is an institutional and systemic belief that is only a tool of the powerful – therefore Jeong is exempt from the charges laid out.

For many white people it may have come as something of a surprise to hear an indisputably intelligent and articulate writer express such dislike of the race.

But there are clearly things about white people that greatly annoy members of other races.

The US Netflix hit comedy Dear White People explores the dynamics of modern race relations, the naivete of white people who believe they live in a “post-racial society” and issues such as assimilation and appropriation.

Although generously praised by media outlets as a sharply-written social commentary, when the show premiered last year there were numerous complaints that the show was racist against white people.

This in turn led to a number of articles by non-white people articulating just what it is about white people which is so annoying.

This included: taking offence too easily, being too literal about everything, overarticulating when angry, being humourless and pedantic, talking all the way through dinner, priding themselves on knowing obscure facts, being vegan, needlessly using Latin phrases, being condescending and improperly using slang terms.

A few years ago the academic Robin DiAngelo coined the term “white fragility” to describe how white people have a paper-thin reaction to what they perceive as being “racism” directed at them.

For DiAngelo this is because white people have historically been insulated from racial discomfort because they believe their race to be natural and a default setting. Other people belong to a racial grouping, white people don’t; they are allowed to view themselves as the standard measure by which all other races deviate. This she terms “racial illiteracy”.

Many white people believe they are “colour blind”: that race shouldn’t and doesn’t matter. It’s a naive view when you consider that how a white person experiences a potential employer, a landlord, a member of the police force or of the judiciary can be in stark contrast to how members of other races experience these situations.

A better question than "Can you be racist to a white person?" may be "How much free ammunition have white people given their critics?"