Tom Murphy remembered as festival gears up for Galway 2020 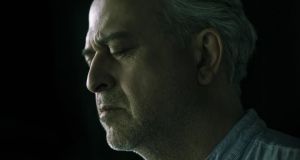 World premieres of Paul Muldoon’s Incantata, two new plays, by Sonya Kelly and Cristin Kehoe, from Druid, and a new theatre installation from Enda Walsh are among the highlights of this year’s Galway International Arts Festival, which runs from July 16th to 29th.

The festival’s programme, just announced, has its largest theatre programme to date, as well as two visual-arts installation, David Mach’s Rock’n’Roll and Olivier Grossetête’s The People Build. Its First Thought Talks series focuses on the concept of home. A new Festival Garden in Eyre Square will be an information hub for festivalgoers, as well as featuring DJs and music from guest artists.

A theatrical reimagining of one the outstanding elegies of the 20th century, Paul Muldoon’s haunting Incantata, will star Stanley Townsend, directed by Sam Yates in a festival coproduction with Jen Coppinger.

Speaking at the programme launch, the festival’s chief executive, John Crumlish, said this year’s event “continues our build-up to 2020, when Galway has the European Capital of Culture designation. We have expanded our theatre and music programmes and have a free programme that audiences will be very excited by.”

He and the event’s artistic director, Paul Fahy, both spoke about two friends of the festival who have died since last summer. The American actor John Mahoney (Marty Crane on Frasier, who performed many times in Galway) died in February, and Crumlish talked about how supportive he was of the festival. “He would tell anybody that we were fantastic, at a certain point when that was very important. And he told us we were fantastic, too, which instilled a certain confidence!”

Fahy recalled seeing his last performance on stage in the US, last winter. “He loved Galway and he loved the festival, and we’re delighted to remember him today.”

The news of Tom Murphy’s death was raw, and at the launch his name was on many lips. Crumlish talked about how Murphy saw the soul of a small town: “He nailed us. He so had our number . . . We went to his plays in our droves. It was the truth, and he was our man.”

Fahy remarked “You couldn’t but be effected by this great man, and his legacy will outlast all of us. Ireland is a sadder place.”

Are there rickshaws in Galway?’ asked a sheepish Tom Murphy. He paused. ‘Is it possible I might have been in one?’

There are many stories and laughs from Murphy’s times in Galway, he said, describing how one night Murphy and Enda Walsh left Hughes’ Bar very late one night and got a rickshaw back to their hotel. Fahy got a call the next morning from a sheepish Murphy. “Are there rickshaws in Galway?” He paused. “Is it possible I might have been in one?”

Fahy said: “A light has gone out. He helped us sing like Gigli.” He ended with Murphy’s words from Conversations on a Homecoming: “Good luck, fellas”.

Fahy also talked about the festival “reimagining the world and our place within it. It is a pleasure to deliver a programme of art and ideas by some of the world’s most brilliant minds.”

Three Australian productions include the virtuosity and teamwork of Backbone, “contagiously joyful circus as you have never seen it” from Gravity & Other Myths; Humans, by Circa’s astonishing acrobats, returning to Galway after nine years; and a funny, sensory evocation of Patrick White’s Australia, The Aspirations of Daise Morrow.

Three immersive-theatre productions feature: Flight, adapted from Caroline Brothers’s novel Hinterland, a hit of the 2017 Edinburgh International Festival; Tania El Khoury’s Gardens Speak, an interactive exploration of the human cost of the war in Syria; and Office 33A, a new work by Enda Walsh, in which a man recalls the love he found and how he must keep that love alive.

The Fall, from South Africa’s Baxter Theatre, goes to the heart of how race, class, gender, power and history’s voices intersect.

The former Connacht Tribune printworks will become a festival gallery, for Rock’n’Roll by the Turner-nominated artist David Mach. Sarah Hickson’s Sounds Unseen is a photographic memoir of trips to the temporary refugee camps in northern France; and abandoned fairgrounds, overgrown glasshouses and derelict hotels feature in Jennifer Cunningham’s exhibition After the Future.

Ghost Chapel, a big outdoor work at the Claddagh Basin, is based on the sixth-century chapel on the uninhabited St Macdara’s Island, in Connemara.

International street art and spectacle includes The People Build, an architectural event transforming thousands of cardboard boxes into floating works of art; Museum of the Moon, a spectacular giant moon, featuring detailed Nasa imagery of the lunar surface, that will appear all over the city; Miracoco Luminarium, a monumental walk-in sculpture; and Birdmen, which will see huge illuminated creatures roam the streets of Galway.

Britain and Europe in a Troubled World: A wise guide to Brexit
5

A century on: the Dáil loan that set the State on road to financial sovereignty
Real news has value SUBSCRIBE