Cumann na mBan women had to fight for their pensions 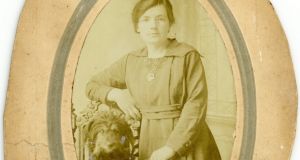 The pension files give us a great insight into the role of women in the Irish revolution, a role that was unjustly neglected for many decades.

The first Military Service Pension Act (1924) effectively excluded women by not including Cumann na mBan in the list of organisations covered by the Act. This was remedied in 1934.

A valuable insight into the work of women during the revolution and attitudes towards them is included in the pension application file of Ellen Carroll.

It is letter written by Cork woman Nora Martin, an important figure in Cumann na mBan. She was most active as an intelligence officer and worked in close connection with Michael Collins, leading a special intelligence unit of which Ellen Carroll was a member.

One letter, written in 1942, succinctly paints a picture of what women had to endure by simply being members of Cumann na mBan.

“They were the butt for the jeers and insults of a large section of the community. They risked their jobs, their homes, and their lives by doing so and in preparing and training themselves they gave their time and energy.

“Keeping vigil night after night in a house, knowing yourself to be a guardian of some soldier’s life, waiting the creepy crawl of the armoured car and the rush of the soldiers from the lorries and the rat-tat on your door is a nerve-wracking experience but this continued over months and years and is indeed an ordeal.”

Martin insists on the sheer determination that animated the women in whatever task they were given, “determined to do their task at any cost”.

She believed many women were conditioned to underplay their role in the revolution and were not helped by the absence of a woman on the pensions’ board adjudicating on claims.

Annie Smith goes into great detail into the intelligence work she carried out both during the War of Independence for Michael Collins and the Civil War on the anti-Treaty side.

She was asked to begin frequently visiting Robert (Bob) Collins, who managed a canteen in the Lower Castle Yard at Dublin Castle, which was opened specially for the use of the military.

Annie was to obtain information from Bob relating to the treatment and location of prisoners held in the castle, and concerning the habits of the new police forces. This work continued until the Treaty, when the canteen was closed. In addition, Smith also claims to have kept arms and to have procured safe houses for IRA men.

During the truce period, Smith was employed by Gavin Duffy in the Foreign Affairs Office on Kildare Street, where she transferred files to the anti-Treaty side. She states she was advised to keep this post on the outbreak of the Civil War.

She was awarded 4 and 11/12 years of service for pension purposes at the lowest rank “E”.

In her application for a pension, she wrote: “The work I was doing as director of publicity [Cumann na mBan] in December 1920 was carried out on the direction of General [Michael] Collins for the purpose of counteracting enemy action and the new policy of the English of making war on women because of their steadfast resistance and support of the fighting forces as well as their active participation in the guerrilla warfare.”

In her work for Michael Collins she also carried around large sums of money in gold, which had been collected for the Department of Finance.

She took over a flat at 21 Dawson Street, Dublin, and offered a room for Michael Collins to use as an office, in which he worked frequently, arriving at odd hours and leaving his bicycle in the hall.

Eileen MacCarvill was initially awarded 6 and 5/8 years of service which she successfully had increased to 7 and 5/24 years at “D” rank following an appeal.

Lenihan reportedly got on well with the governor and officer in charge of Galway Prison by pretending to be a pacifist and became a regular and accepted visitor. Apart from supplying prisoners and reporting on conditions, it was the use she made of her connections for vital intelligence work that was most significant.

In Renmore prison she claims she had contact with men from the Connaught Rangers, who gave her information on movement of troops, IRA men who were in danger of death and those who were to be arrested.