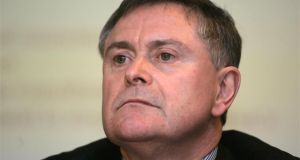 Minoister for Public Expenditure and Reform Brendan Howlin: “precipitous attack against the organising of unskilled labour” 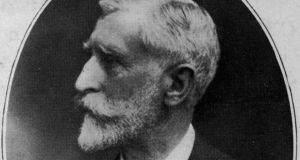 William Martin Murphy: commemorative plaque in his honour unveiled on the Beara Peninsula in west Cork

The 1913 Dublin Lockout was a critical event in the shaping of the State even though it is often overshadowed by nationalist milestones in Irish history, Minister for Public Expenditure and Reform Brendan Howlin has said.

At the opening of an exhibition on the Lockout at the National Library of Ireland yesterday, Mr Howlin said the fact that 20,000 workers were affected by the Lockout, in a city where 20,000 families lived in single-room tenements, may have been a coincidence but spoke “its own truth” about the time.

The period saw “a precipitous attack against the organising of unskilled labour” which Mr Howlin said had been “deliberately conceived” by the businessman and then president of Dublin Chamber of Commerce, William Martin Murphy, against the less-militant instincts of some of his employer colleagues.

“It is difficult to talk about winners and losers in a context where so many people suffered so terribly,” he said, “but in the sense that the transport union survived, and ultimately prospered, that represented a defeat for employers of the Murphy mindset.”

The Minister was speaking as descendants of Murphy gathered in west Cork to unveil a commemorative plaque in his honour.

His great-grandson, Gerard Dunne from Enniscorthy, said the focus on Murphy’s unpopular role in the Lockout was unreasonable: “He was an extremely able entrepreneur who . . . gave huge employment to tens of thousands.”

His great-grandfather had resisted trade unions and his position was understandable, Mr Dunne said. “Employers across the world were resisting the movement yet William Martin Murphy’s whole life has been encapsulated by his stance, which I think is unreasonable.”

A dozen of Murphy’s 170 descendants worldwide travelled to the Beara Peninsula yesterday to commemorate his birth in 1845.

Irish Congress of Trade Unions general secretary David Begg said the objective was to get “better political and industrial representation for workers who were really a voiceless people at that time”.