Who is the best movie Jesus?

Many actors have played the role of Jesus on the big screen, but who was the best? Irish Times film correspondent Donald Clarke selects his top three. 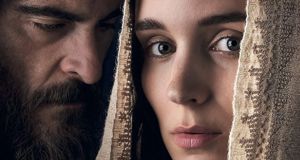 Film-makers have been including Jesus Christ in movies since the birth of the medium. The Son of God has, for the most part, been treated with bowed respect. We barely see him in Ben Hur. He moves at a stately, respectful pace through early biblical pictures such as Cecil B DeMille’s original King of Kings.

As history wore on, directors began to risk controversy, but we’ve never been too far away from a movie Jesus that would please the average Sunday-school outing.  Here are my top movie Jesuses.

We are not bearing false witness. Obviously, the variation on Jesus that matters here is Graham Chapman as the misunderstood Brian. But Kenneth Colley – later to be Admiral Piett in The Empire Strikes Back – really did play Christ at the Sermon on the Mount. “Blessed are the cheesemakers”?

Nicholas Ray was a brave director, but, when it came to his version of the New Testament story, he took the safe option and picked the blandest available actor. Jeffrey Hunter – glibly identified as “I was a teenage Jesus” by some wags – went on to become Captain Pike in the pilot for Star Trek.

Nobody much talks about Andrew Lloyd Webber and Tim Rice’s rock opera now, but it was a genuine phenomenon that ran forever in the West End. The film version featured another harmless performer – pretty Ted Neeley – in the lead role. Massively upstaged by Judas. Again!

Yes, there was a surprising amount of religiosity wound in with the later hippie era. Another smash stage show, Godspell sent a version of Jesus about the streets of contemporary New York City. The excellent Victor Garber later developed into one those unavoidable character actors. You’ll know him immediately you see his face. Yeah, that guy.

Now we’re talking. George Stevens wasn’t messing around with his version of a story as great as (or greater than) any ever told. No bland beach bums. No grey warblers. Stevens cast Von Sydow – best known for being glum in Ingmar Bergman films – as a Jesus with intellectual weight.

Phoenix, an intense actor, allows the possibility that Jesus may have come across as a maniac. The original Christians were, after all, a sort of cult. But there’s also an eccentric kindness to his performance. Despite the title, he remains the centre of the film.

If you were around in 1977 you will remember Franco Zeffirelli’s series as a genuine sensation. Everyone you’d ever heard of took a role, but, despite all the Oliviers, Bancrofts and Steigers, it was the only modestly famous Robert Powell who attracted the most attention. “There’s something about his eyes,” even jaded atheists said. Was there? Anyway, he gave good Nazarene.

Mel Gibson’s tale of Jesus’s last days is still controversial: too morbid, too anti-Semitic, too directed by Mel Gibson. But there’s no questioning the focussed intensity of Caviezel’s performance. The actor is an enormously committed Christian of the old school – no nude scenes allowed – and regarded the role as an act of devotion. Mind you, other actors have done as well by merely pretending.

It’s now hard to credit what all the hoo-ha was about. Martin Scorsese’s adaptation of Nikos Kazantzakis’s novel examines the humanity of Christ in occasionally daring fashion, but the film was nothing if not serious and respectful. Dafoe brings a sinister charisma to the role that hints at concealed demons. Watch out, moneychangers!

1. Enrique Irazoqui (The Gospel According to St Matthew, 1964)

Irazoqui is known for just one performance, but it is among the most memorable in world cinema. When Pier Paolo Pasolini, a communist and non-believer, brought the techniques of Italian neo-realism to St Matthew’s gospel, the faithful were greatly alarmed. The beautiful monochrome film turned out to be the most emotionally engaging telling ever of Christ’s life. Irazoqui has a gentle charm that persuades rather than compels. Earthy enough for the leftists. Respectful enough for the believers.

Don’t Be Evil: The Case Against Big Tech – An important book about corporate giants
6

Where do love and hope ultimately come from?
9