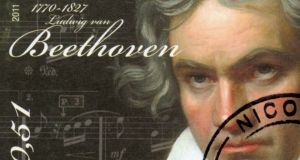 A few years back I talked to the irrepressible Terence Davies about his film The Deep Blue Sea. I admired his decision to include Samuel Barber’s Concerto for Violin and Orchestra and congratulated him on avoiding the same composer’s suffocatingly overused (though undeniably lovely) Adagio for Strings. You know the thing. You’ve heard it in The Elephant Man, Amélie, Platoon and a dozen commercials for haemorrhoid relief and such.

To be fair, that last surging piece by Edward Elgar doesn’t turn up too often in films (though it was the theme to, of all things, Sydney Pollack’s Havana). It’s more the preserve of Conservative Party conferences and the Trooping of the Colour.

The competitors for Most Ruthlessly Flogged Classical Warhorse come from surprising places. Sitting just behind Adagio in third place we have JS Bach’s The Goldberg Variations. Usually inserted as a signpost of civilised moderation – the characters’ or the film-makers’ – the piece can be heard in such varied features as Shame, The Silence of the Lambs, Before Sunrise and The English Patient. It makes at least two appearances in films released this year: to moronic effect in The Mortal Instruments: City of Bones and with restraint in Hirokazu Koreeda’s lovely Like Father, Like Son.

But our winner is, somewhat astonishingly, a “tintinnabular” composition for piano and violin written in by an Estonian minimalist (last week in classical music terms) in 1978. Until recently, recognising Arvo Pärt’s Spiegel im Spiegel would have identified you as a beret-topped highbrow of the rarest order. After all, contemporary classical music is all descending helicopters, tubas flung into cement mixers and pianos played with sharpened screwdrivers. Isn’t it?

The rise of minimalism changed all that. Suddenly, Philip Glass was advertising motorcars and Michael Nyman could be heard in nature documentaries. You didn’t hear much Karlheinz Stockhausen beneath The Goal of the Month.

It’s hard to say when Spiegel im Spiegel – a plaintive 10-minute reverie – surged properly over-ground, but, at the start of the last decade it appeared in Kevin Macdonald’s Touching the Void, Gus van Sant’s Gerry and Tom Tykwer’s Heaven. Confirmation that saturation point has been reached came a month or so ago when the trailer for Alfonso Cuaron’s Gravity arrived marinated in off-the-shelf Spiegel im Spiegel.

“Not this again,” a thousand online commentators wailed. (The tune is not in the film itself, incidentally.) Spiegel im Spiegel turned up in Zal Batmanglij’s The East and is plastered all over Richard Curtis’s current About Time. Yes, Arvo Pärt now sits in the place where Wet Wet Wet used to crouch.

This has to stop. Film-makers end up looking unimaginative and unadventurous. The melody takes on the quality of overly familiar wallpaper. Find another great tune to defang. Better still, write some new music. You have composers in Hollywood. Don’t you?