Bronagh Gallagher: On My Culture Radar

The actor and singer on why Blindboy merits a TV show, the political art of David Alfaro Siqueiros and the late, great Aretha Franklin 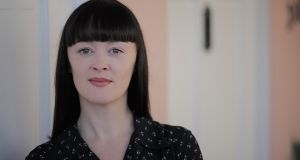 Bronagh Gallagher: ‘If every I’m in a bad mood, I Google ‘Kristen Wiig Saturday Night Live’ and everything feels much better.

Book
A friend gave me a copy of The Little Friend by Donna Tartt because I loved The Goldfinch and The Secret History. I can’t tell you what happens yet because I’ve just started it, but she’s a wonderful writer. I met her at the Borris Literary Festival last year and told her that I spent three months in bed with her. We had a little laugh about that.

I loved the Bruce Springsteen autobiography Born to Run. It’s a testimony of life, including his Irish heritage, but also a huge declaration about his mental health and depression. He talks about how much he struggled to reach an idea of perfection, and how he struggled to get up every day and not cry. I was moved by his brutal honesty.

Restaurant
I love Tapas de Lola in Dublin. It’s my go-to place because I love the couple who own it, they’re just so welcoming and sound. They serve a beautiful pink Cava, and I love their fresh fish and cheeses, although everything is gorgeous there. The band and I spend a lot of time at Green Nineteen too, especially as it’s near the studio. We call Wexford Street “the hungry mile”.

Comedian
If every I’m in a bad mood, I Google “Kristen Wiig Saturday Night Live” and everything feels much better. She does such funny impressions of people, but they’re not cruel – she’s takes it back to hilarity, she’s such a brilliant clown. Her original characters are these outrageous middle-America personalities and if you spend any time in America, you realise she’s bang-on.

Play/musical
I went to see Elektra at the Met in New York and it was extraordinary to see proper opera with proper singers – especially Nina Stemme, a soprano from Sweden. It’s phenomenal to see how a huge, operatic voice comes out of this tiny body. You understand how opera singers use their whole body to create their sound.

Artist/designer
There’s a Mexican activist and muralist called David Alfaro Siqueiros who was active from the 1930s to the 1970s. He was overshadowed by Diego Rivera and Frida Kahlo, but he’s a serious badass. He’s a socialist, realist painter known for his murals that he painted outside the factories of workers he supported. It’s full of anger and revolution, it’s hugely powerful. He blew my mind when I visited last year. I love Mexico and am going back this year.
Also, last year at Imma (Irish Museum of Modern Art) I saw the Irish artist Mary Swanzy’s retrospective . . . or what they could find from private collections, because she made so many beautiful pieces of work but sold most of them. She died in 1978 and didn’t achieve the fame she deserved because she didn’t paint in one style; she travelled around the world and picked up different styles instead.

Album
Jaime by Brittany Howard, the singer in Alabama Shakes, is excellent. Brittany is the real deal: she’s an extraordinary singer, writer and guitar player. We share a background in soul and I see that she has her own modern reinvention of it. She keeps me believing that there’s great performers in the industry.

Podcast
I love Blindboy – he should have his own TV show in Ireland. He’s a socially engaged man, he’s a breath of fresh air, and he cuts out all the bullshit of politics and talks in understandable language instead.

Gadget
I have a Hive hub installed in my house, which means I can turn my heating on from anywhere in the world. I put the heating on when I get on the plane, and when I come home it’s nice and warm. It’s worth every penny.

Film
Amazing Grace, which is Aretha Franklin live at the New Temple Baptist Church in Los Angeles in 1972. Amazing Grace is my favourite album from when I was a kid – it’s one of the most incredible pieces of music I’ve heard – so I’d be waiting for this film my whole life. Aretha is in sublime form. I’ve also just seen Martin Scorsese’s The Irishman on Netflix, and it’s fantastic. It’s a masterclass in acting and directing. People seem to think it’s too long, but it’s really not. And it’s Scorsese, he can take as long as he wants.
Bronagh Gallagher plays the Sugar Club, Dublin on Wednesday 11th December. See thesugarclub.com

Go to Auschwitz, buy a trinket: Howard Jacobson on how we treat the Holocaust
Real news has value SUBSCRIBE