The Seven, by Ruth Dudley Edwards review: surveying the signatories 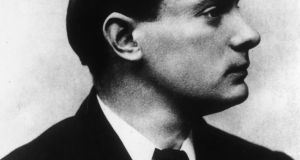 Padraig Pearse (1879 - 1916), the Irish writer, educator and nationalist politician, and one of the signatories of the Proclamation.

Book Title:
The Seven: The Lives and Legacies of the Founding Fathers of The Irish Republic

Ruth Dudley Edwards is no stranger to the ghosts of 1916 and the difficulties they raise. As author of the first warts-and-all biography of Patrick Pearse, Patrick Pearse: The Triumph of Failure, from 1977, she felt the heat of unfair accusations that her comprehensive excavation of his life and times was driven by corrosive cynicism, and the “revisionist” label was applied to her work as an insult.

In truth her assessment of Pearse was nuanced: she characterised him as “tortured and complex”, sincere, kind, selfless and brave, but also as a man who “wrote, acted and died for a people that did not exist”. As she asserted in 1991, at the time of the 75th anniversary of the 1916 Rising, she had become both “fond of and sorry for” Pearse.  For the centenary of the Rising Dudley Edwards has extended her reach with this survey of all seven signatories to the 1916 Proclamation, a clever and ambitious idea that is ultimately undermined by dependence on the work of others, lack of original research or sufficient interrogation of sources, and a failure to do justice to the legacies of the men. There is much in this book that is absorbing and insightful, but it is ultimately wrapped in a bow so poorly tied that it undermines the gift within.

For the past eight years O’Brien Press has been involved in a project, 16 Lives, to publish the biographies of the 16 men executed after the Rising, which has now concluded. Dudley Edwards is greatly indebted to this project, and draws extensively from these books, to the extent that at the start of some of her chapters – on Seán Mac Diarmada, Eamonn Ceannt, Thomas MacDonagh and Joseph Plunkett – she acknowledges that the O’Brien-published biographies of these men are her “default sources” and “therefore rarely cited”. This is poor practice; it means citation is selective and arbitrary throughout the book.

Nor is there discussion of the merits or reliability of these books and the others so extensively used. For example, the memoir All in the Blood, by Joseph Plunkett’s sister, Geraldine Plunkett Dillon, is cited as another “default source”, but how reliable is it or the other memoirs and testimonies referred to here? How were accounts of the seven men affected by their iconic post-Rising status? How credible are the “remembered” conversations and interactions with all seven men? These obvious questions are ignored here.

In 2003 the release of nearly 1,800 Bureau of Military History statements made accessible an abundance of testimony about 1916 from veterans of the Rising, but this book cites only three of those statements. For what is promised as a “scrupulous examination of each of these men”, it is a pity use was not made of the abundance of new sources and some consideration given to both their value and limitations.

But Dudley Edwards writes well and knows how to draw in the reader. There are plenty of passages of spiky originality, putdowns and insight. The strength of the book lies in her skilful knitting together of societal, intellectual, religious, political and cultural influences on the seven men and their family backgrounds. She refers to them at the outset as an “apparently ill-matched group”, but certain common strands become apparent: a distaste for sectarianism, weariness with the “inveterate squabbling” of the Gaelic League and Irish-language politics, and the quest for some kind of purity of mission.

She is strong on Mac Diarmada’s “desperate need to dedicate himself to a cause”; Ceannt’s shyness, coexisting with “considerable self-possession and an urge to show off in public”; the “profound moral courage” of both Pearse and MacDonagh (“what was fundamental in him was an eager search for something that would have his whole devotion”); and the evolution of powerful oratory that, in the words of Darrell Figgis, witnessed James Connolly “pour out eloquence like molten metal that scorched all before it”. Rapacious intellectual curiosity is another dominant theme.

The backgrounds of the men are well covered, and Dudley Edwards has a good eye for the telling description and phrase and the nuggets that illuminate tortured characters. Much reflection is also provided on the pain, bereavement and occasional smothering they experienced. What a number of them had in common “were early problems of identity, loss or displacement”. It is striking that “Seán Mac Diarmada and Eamonn Ceannt lost their mothers when they were nine and 13; Pearse was over-mothered until his death at 37; Joseph Mary Plunkett was tormented throughout his short life by a maternal monster”.

The profiles in no sense amount to a hatchet job; empathy, sympathy and even affection are often on display. There is an icier tone when discussing Tom Clarke, whose “exceptional self-belief and self-confidence” were born of enduring and surviving harrowing solitary confinement in prison. He is labelled a champion hater. But the profile of Pearse is layered and balanced; his personality is assiduously dissected, and Dudley Edwards treads wisely in relation to his sexuality: “It is certainly wholly anachronistic to try to claim him as gay in the sense in which it is now understood.”

Her fondness for Mac Diarmada and Plunkett is apparent; less so for Connolly and what she regards as his “intellectual tyranny” and tactlessness. In his own words, Connolly had a knack of “saying things that turn my best friends into enemies”. But the contention that “it seems likely” that Connolly and Constance Markievicz “had a long affair” is highly dubious and not at all proven. No evidence is provided beyond a poem to “my Hero-love” that Markievicz wrote after Connolly’s execution.

Markievicz often spoke and wrote with exaggeration and a heightened sense of drama, and the executions inevitably pushed her and many others to new levels of bathos, but citing this poem as evidence of an affair is far fetched.

There is great meat and drink in the characters of the seven, and, overall, justice is done to the their complexity by drawing on the considerable library of already published material and distilling it with panache. The book’s weakness, however, lies in a short, rushed and completely unsatisfactory chapter of just 25 pages on the legacies of the seven, which the title suggests is supposed to be one of its major themes.

Her approach makes Dudley Edwards undermine and dilute the complex portraits in the main body of the book. Context, nuance and reflection are missing, and this is all the more disappointing because we are told that the “main sources” for the chapter are “50 years of reading and writing about Irish history and following its politics closely”.

She maintains that because the seven were consumed with belief in their own rightness, this thinking “would cause tiny groups” to keep violence going for another century in the form of the War of Independence, the Civil War and the Northern Ireland Troubles. Theirs was “really a violent attack on constitutionalism, in a democracy” in 1916. They were brave but had “no conceivable justification” for taking it upon themselves to do what they did. What their actions amounted to was “dangerous egocentricity and narcissism”, which led to a “successful war against Protestants” in 1920-25. Dudley Edwards then asks whether “by courting death for a cause that had no popular support, were the seven different from Bobby Sands and his comrades who committed suicide by starvation? Or from the jihadists who these days joyously sacrifice themselves in suicide bombings?”

These days indeed. But what about those days 100 years ago? There is a careless petulance to these assertions, and they do scant justice to context or the lights of different times. Of course the issue of unmandated violence is an immensely important and contentious issue in Irish history over the past century, but what circumstances are relevant at different stages?

The seven did indeed have “conceivable justification”, as they saw it, as is highlighted by their writings and correspondence. There is also a large elephant in the room, ignored by Dudley Edwards, and it is the British Empire. What did colonisation and imperialism mean to the seven? What were the prejudices of the British establishment when it came to political and military rule? Has Dudley Edwards acquainted herself with the relevant historical literature on these subjects? How is democracy to be defined in Ireland in 1916 as against 50 years later? Many of the revolutionary generation did not feel they were living in a democracy.

What of the wider international climate produced by the first World War? At an earlier stage in the book Dudley Edwards asserts that in relation to the Irish rhetoric of the sanctifying power of bloodshed, “variations on such sentiments were being paralleled all over Europe”. So why not elaborate on that and the huge significance of the militarism of the era?

As far back as 1980 Robert Wohl wrote about the generation of 1914 and their distinctive disillusionments and hopes. Characterising the early 1920s as involving a “successful war against Protestants” also involves avoidance of the substantial work done by Andy Bielenberg and others on this subject; their conclusions suggest a more complex picture.

The complexity uncovered in the main body of the book is ill served by polemical generalisations. “Brave idealists” in Ireland, we are told, “made everything much, much worse” and inspired “gullible young people” to do likewise. If Dudley Edwards is reaching that sort of conclusion on the centenary of the Rising, it suggests little, if any, engagement with the trends of recent scholarship on and sources for 1916.

Ironically, in her judgmental and crude marrying of different eras without contextualisation, Dudley Edwards is doing to history precisely what many of the republicans she denounces do: substituting proselytism for the complicated narrative that the events and sources demand.

Diarmaid Ferriter is professor of modern Irish history at UCD. His latest book, A Nation and Not a Rabble: The Irish Revolution 1913-1923 (Profile) is out in paperback