A collection of 175 filmed walk-and-talk interviews back inside Armagh Gaol and the Long Kesh/Maze, seeks to address a conflicted past in a contested present 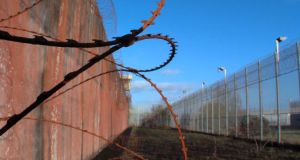 The Maze prison: From its beginning, the project understood the need to address the political and psychic sensitivities of these memories for both participants and viewers; ethical protocols of inclusivity, co-ownership and life-storytelling were employed in order to address concerns about remembering experiences from a conflict that is within living memory and which continues to produce spasms of violence

With the North of Ireland emerging out of violence, there is a general, but not yet officially recognised, consensus that storytelling, in the sense of giving voice to experiences, can be one of the ways of addressing the legacy of a conflicted past in a contested present. The Northern Ireland Victims Commissioner’s We Will Remember Them (1998) [1], the Report of the Consultative Group on the Past [2], and the Hass O’Sullivan Report (2014) [3]each called for storytelling as part of a range of recommendations requiring government support, yet none have been implemented to date and the Stormont House Agreement’s promise of addressing the legacy of the past has yet to reach resolution.

The Prisons Memory Archive (PMA) is one of many bottom-up initiatives that have attempted to fill the gap of addressing a conflicted past in a contested present [4]. It is a collection of 175 filmed walk-and-talk interviews back inside Armagh Gaol, which held mainly female prisoners, and the Long Kesh/Maze Prison, which held male prisoners during this period. From its beginning, the project understood the need to address the political and psychic sensitivities of these memories for both participants and viewers; ethical protocols of inclusivity, co-ownership and life-storytelling were employed in order to address concerns about remembering experiences from a conflict that is within living memory and which continues to produce spasms of violence [5].

Inclusivity attempts as full a range as possible of those who experienced the prison, such as prison staff, prisoners, teachers, visitors, and chaplains, were all able to contribute. Co-ownership refers to the sharing of the story’s authorship, so that participants were able to remain co-authors of their stories and not give up rights to editing and exhibition. Life-story telling is an oral history methodology that avoids leading questions and encourages the participant to set the agenda of what is recorded [6].

Funded by the Heritage Lottery Fund, we filmed 35 interviews inside Armagh Gaol over two weeks in the summer of 2006 and 140 interviews over three weeks inside the Long Kesh/Maze Prison in 2007. Most participants took the initiative in deciding where to go and what to talk about, as the materiality of the space, architecture and furniture stimulated their memories. Many instinctively took on the role of co-directing: the choreography of camera operator and participant collaboration can clearly be observed when republican prisoner, Josie Dowds, walks ahead of the operator, who tilts the camera to have a temporary view of the first floor landing, then rushes down the stairs to catch up, and they circle each other looking for the best positions – the operator to position the light behind her and the participant to see into the cell – as Josie remembers raising a new-born baby in the prison: see Josie Dowds at http://prisonsmemoryarchive.com/armagh-stories/.

Our methodology produced a free-flowing structure, with participants’ stories veering from chronological sequencing to more spatially influenced, with, for example, a memory being resuscitated by the sight, sound or smell of a discovery. In one example, a prison officer, John Hetherington, enters the hospital in the Long Kesh/Maze Prison and pauses, before offering a six-minute consideration of his experiences and contemplation of his memories from the period when 10 prisoners died on hunger strike in 1981: see John Hetherington’s “hospital” at prisonsmemoryarchive.com/place/. John’s monologue shifts between his recollection that “thinking was the enemy”, through having “some sympathy” with the families of the hunger strikers, to questioning how memory works, “I don’t think we remember ourselves how we were”.

For some, the experience was expressed in wonder. When loyalist prisoner, Jacqui Upton, walks towards her cell, she appears shocked at the size of the cell, “My God, it’s small”. She almost fondly remembers the few times that she was able to watch television when the other prisoners were at Irish language classes. She leans on the landing railing, recounting her experiences, sometimes difficult, of her being the only loyalist in a wing of republican prisoners: see Jacqui Upton at prisonsmemoryarchive.com/armagh-stories/.

Over the years, and given funding opportunities, we have produced several outputs from linear films, e.g. We Were There, on the role of women in the male prison, which has been screened internationally, and Armagh Stories: Voices from the Gaol, which was completed in November 2015. The interactive site, www.prisonsmemoryarchive.com, is our first attempt at making the material available in ways that mirror the multivocality and multi-dimensality of the experiences. Most viewers’ responses to the archive have so far validated the PMA protocols, where the range of stories provoke us to consider the importance of hearing as wide a range of experiences as possible in a society where we continue to contest the meanings and legacies of the past in present circumstances. Reflecting on the screening and discussion after We Were There, Breidge Gadd wrote, in an Irish News feature article, “A sizeable section of the cinema audience were young people who weren’t born during those times … I came away utterly convinced that these stories and more have a fundamental role in future peace resolution”[7].

In partnership with the Public Record Office Northern Ireland, we are currently preparing a bid to the Heritage Lottery Fund to have the full archive of 300 hours preserved and hosted at PRONI’s Titanic Quarter site. Given the digital nature of the archive, there will be opportunities to have the material archived at other sites throught Ireland and the UK. Mirroring the protocol of co-ownership, we have established a Management Group, made up of representatives of the participants’ constituencies, ensuring that strategic decisions are debated and agreed. We argue that such participatory practices, and the PMA is merely one example, are vital if our society is to successfully face the challenges of addressing the legacy of our violent past.

[4]For similar projects, see Accounts of the Conflict at http://accounts.ulster.ac.uk/repo/index.php and the Storytelling Audit at http://www.healingthroughremembering.org/resources/reports/.

[6]Hackett, C., and Rolsten, B. (2009) ‘The Burden of Memory: Victims, Storytelling and Resistance in Nothern Ireland’, in Memory Studies, 2:3, London: Sage Publications.