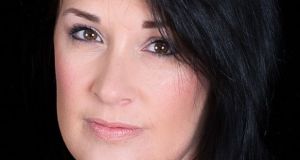 Olivia Kiernan’s ‘Too close to breathe’ is an exhilarating police procedural.

The decomposed remains of The Woman in the Woods (Hodder & Stoughton, €15.99) provide the starting point for John Connolly’s latest Charlie Parker investigation, with Parker commissioned to find the baby who was born to the woman shortly before she died. The sinister lawyer Quayle – whom fans will remember from Connolly’s Night Music (2015) – is also hunting the child, however, following the dead woman’s desperate flight along a “largely female equivalent of the Underground Railroad as he seeks to assemble the final fragments of the Fractured Atlas that will, when complete, usher in the fiery apocalypse of the Buried God.

The Woman in the Woods, the 18th in the Charlie Parker series, confirms yet again that John Connolly is sui generis, his deadpan blend of Ross Macdonald and M.R. James a refreshingly innovative creation that views the parameters of the genre as no more than the most permeable of membranes – Parker, we learn, is not only a man “with an acute awareness of the ineffable”, but believed by his enemies “to be partly divine”. A palimpsest of hard-boiled noir, folktale and medieval lore, The Woman in the Woods references the Brothers Grimm, Hieronymus Bosch, Charles Dickens and Arthur Rackham as Connolly weaves yet another compelling tale into the tapestry of Charlie Parker’s ever-expanding universe.

Set in Belfast, Gerard Brennan’s Disorder (No Alibis Press, €9.99) opens with stoned student Jimmy McAuley wandering into some “recreational rioting” and sounding off to TV journalist Grace Doran about “the subhuman imbeciles throwing their toys out of the pram over flags and marches”. When the clip of his rant goes viral, Jimmy finds himself at the heart of a maelstrom, caught up in corrupt DI Tommy Bridge’s long-running investigation into Loyalist hard man Clark Wallace.

Disorder reads like Adrian McKinty adapting one of Carl Hiaasen’s shaggy dog tales for a Northern Ireland setting, a coal-black comedy caper in which everyone seems to be feeding off the manic energy generated by the potential for violence that seems stitched into every page.

McAuley is an endearingly shambolic creation, his innocence in sharp contrast to Belfast’s brutal cynicism and the overall tone of world-weary acceptance, a tone leavened and accentuated by Brennan’s dust-dry humour: “the sound . . . swelled and faded in the form of a passing siren. There was an emergency somewhere in Belfast. There always would be.”

Dervla McTiernan’s The Ruin (Sphere, April 8th, €16.99) features Det Cormac Reilly, formerly a “golden boy” with the special detective unit in Dublin but now working cold cases in Galway. The apparent suicide of Jack Blake awakens memories of Reilly’s first investigation as a young garda straight out of Templemore, when he was called to the rotting old house where five-year-old Jack and his 15-year-old sister Maude kept vigil over the corpse of their mother, Hilaria. Keen to investigate the circumstances of Jack’s death, Reilly finds himself rebuffed by his colleagues and superiors, but what could they be trying to hide?

McTiernan’s debut is a labyrinthine police procedural that embraces office politics, child abuse and matricide, its momentum underpinned by the emotional impact of Jack’s death on Reilly and Jack’s fiance, Aisling. Over-plotted in parts, it’s an absorbing tale, and most powerful in those sections in which McTiernan addresses Aisling’s increasingly desperate attempts to persuade the gardaí to look beyond their rote investigative response to alleged suicide.

Set in Dublin in 2010, Cormac O’Keeffe’s Black Water (Black and White, April 19th, €15.99) opens with Det Tara Crowe investigating the death of an elderly woman previously subjected to threats and intimidation by the “Canal Gang” run by Ghost and Cracko. When a female garda and a 10-year-old girl are subsequently shot dead in what the media dub a “Veronica Guerin moment”, Crowe and her colleagues declare war on the Canal Gang, a war in which community worker Shay and 10-year-old Jig are likely to become collateral damage. O’Keeffe, the security correspondent for the Irish Examiner, delivers a grimly realistic debut novel, and one that depicts a gang-ravaged Dublin inner-city community in the starkest of terms.

Despite the loose police procedural framework, this is a compelling work of darkest noir in which saint and sinner alike – not for nothing does O’Keeffe reference Dante – are mired in a sucking bog of sickening brutality and despair. There are poignant interludes – the 10-year-old wannabe gangster gleefully buying ice-cream with his ill-gotten gains is a poignant moment – but for the most part Black Water is a relentlessly unsettling account of an undeclared civil war.

Olivia Kiernan’s debut Too Close to Breathe (Riverrun, April 5th, €14.99) introduces Det Chief Supt Frankie Sheehan, who investigates the death of Eleanor Costello, a woman discovered hanged in her home and initially believed to have killed herself before Sheehan’s sharp eye detects anomalies that result in a murder investigation. Delivered in propulsive, minimalist prose, Sheehan is precisely the kind of gruff, no-nonsense cynic you’d want investigating your own murder.

Too Close to Breathe is an exhilarating police procedural, not least because Sheehan is a complex, layered character who, suffering from PTSD after a frenzied knife attack that left her physically and psychologically scarred, declares herself “a living token of the murder. Proustian memory. I’m a direct path of access to the thrill of the kill.” Noir in tone (“We’re all the murdering kind, given the right motivation,” Sheehan’s superior tells her), and sharply observed – “hard-looking rusted metal furniture stands like a lonely family in the corner” – Too Close to Breathe reads like a hard-boiled take on Tana French and immediately establishes Olivia Kiernan as a talent to watch.

Declan Burke is an author and journalist. He is currently Dublin City Council / UNESCO writer-in-residence.

Rage against the dimming of the light: Campaigners fight to stop LED lighthouses
3