Book review: Paul Mendez’s semi-autobiographical novel is vibrant and original but sometimes a little uneven in its telling 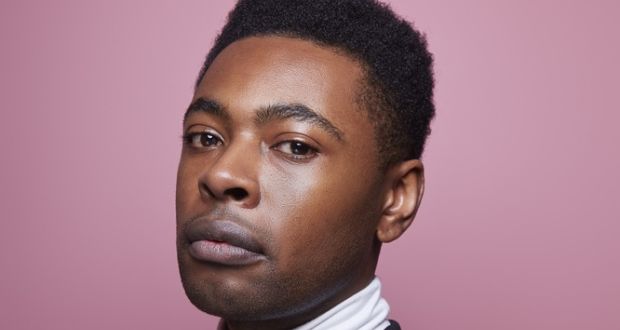 Paul Mendez has written a novel exploring sexuality, race and religion in the UK across generations.

There is much to admire in Paul Mendez’ semi-autobiographical debut novel Rainbow Milk, a vibrant exploration of sexuality, race and religion set in the UK across generations.

A brilliant opening section details the life of a Jamaican immigrant, Norman Alonso, as he tries to settle his young family in the Black Country (an area in the West Midlands) in the late 1950s amid a culture of overt racism. Norman’s circumstances are made worse by the fact that he’s losing his sight. While his wife Claudette goes out to work, he stays at home looking after their toddler son and infant daughter, barely able to keep his children safe from ordinary domestic dangers.

Although this section is only 40 odd pages of a lengthy novel, it stands alone as a virtuosic piece of writing – urgent, original and heartbreaking.

Mendez’ ear for dialect gets us close to his characters. Norman’s voice is sympathetic and convincing: “The next year, Jamaica lick by a hurricane that can only come from the bottom of God’s own belly … The wind tear out the whole crop. The coconut, banana, pimento and sugar cane all kill off for five year at least.” This same ear also works to render the racism endured by black immigrants in 1950s Birmingham: “‘Yo’ve been readin’ your history books, then,’ he say, like it is a crime. ‘I thought you was bloind.”

A switch in narrators brings us to 19-year-old Jesse McCarthy, whose first-person narrative and retrospective continues until the book’s end. It seems oddly weighted, particularly given the strength of the first section, and readers will be impatient to understand the link between the two. Jesse, a black gay man who has been raised as a Jehovah’s Witness, flees from the family home in the Black Country when he’s outed by members of the community.

In early noughties London, racism is less explicit but still pervasive and disabling. Jesse gets hired as a waiter but is demoted to porter after his first shift. His Nigerian colleague Ginika Ndukwe is only called for an interview when she resubmits a CV using an Anglicised name. Elsewhere, the biases against people of colour come through in sharp asides from the voice of a character well acquainted with London: “The Santander scheme doesn’t trust multi-ethnic Brixton with its hire bikes.”

Born and raised in the Black Country, Mendez now lives in London and is studying for an MA in Black British Writing at the University of London. Earlier this year he was tipped as an Observer One to Watch for 2020.

In Rainbow Milk, the early parts of Jesse’s life make for an engrossing read. His single mother marries a white Jehovah’s Witness when Jesse is a child and ultimately sees her son as a living reminder of a past she wants to forget.

The details are searing: “She’d punched him in the face, more than once, for answering back; pulled a knife on him.” Equally vivid is the portrayal of a young black gay man trying to reconcile his sexuality with his orthodox religion.

Jeanette Winterson’s seminal Oranges Are Not the Only Fruit is an obvious comparison, but so too are the coming-of-age stories of Garth Greenwell and Kei Miller, though Greenwell’s acclaimed debut What Belongs to You has more rigour in style and structure.

The problem with Rainbow Milk is a baggy middle section whose shocking subject matter grows tiresome by the book’s final third. Jesse finds work as a rent boy in London, the details of which are initially related in powerful, sensual scenes. Disgust drips from the page in a grotesque set piece with a drugged-up client in a grimy flat. There are numerous encounters in bathrooms and nightclubs depicted in language that is not easily forgotten: “Thurston’s hole puckered, opened and closed.”

After a while, though, the obsessive level of sexual detail – there are more bulges and dicks in this book than there are hot dinners – lessens the impact. Crucial moments get lost amid the memories. For example: a truly shocking encounter with a man who tries to give Jesse HIV with a razor blade receives a similar amount of airtime as an overly long ode to Joy Division and Disco.

Pacing is a big issue, and while Mendez is clearly a talented writer, the less interesting parts of Rainbow Milk – the intricacies of the service industry, the views about his favourite music, a rambling episode at a publisher’s house, an overly long lunch break with friends – leave us longing for the brilliance of earlier.

Published by Dialogue in an initiative to give a platform to underrepresented writers, Rainbow Milk has much to recommend it. Much like its title, it is a bright, brash colourful read by an author who has plenty to say for himself.