An inventive debut about the conflicting impulses of smart millennial women 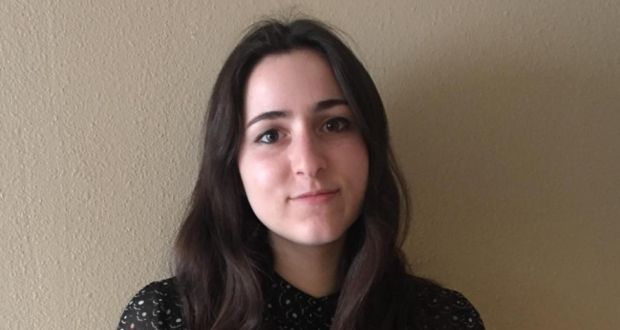 Jenny Fran Davis: Everything Must Go digs into the transactional nature of relationships

Book Title:
Everything Must Go

“I’m supertired of selling parts of myself in exchange for love from other people.” The transactional nature of relationships is the nub of Everything Must Go, an inventive debut from a young New York writer that explores the conflicting impulses of smart millennial women.

At just 22, Jenny Fran Davis captures a certain type of self-conscious teenager, Flora Goldwasser, a young woman who is both obsessed with image and intelligent enough to understand the reasons why this is supposed to be bad for her.

Everything Must Go is a quirky, modern Bildungsroman set between the highfalutin worlds of upper-class Manhattan and an “alternative” education establishment for gifted teenagers in upstate New York. Although the backdrop of her novel is not original – Lydia Ruffles charted similar terrain in The Taste of Blue Light, earlier this year – the ideas explored leave the impression of a burgeoning talent.

Three years after Quare – Irish readers will have extra fun with the school’s title – Flora collects documents from her time there to tell her story, the “letters, journal entries, clipping, forms, and reports that comprise this collection”. Additional devices, such as FAQ sections, maps, interview Q&As, emails, postcards, applications for Planned Parenthood and student-newspaper articles also form part of the busy narrative.

Where the novel shines is in Davis’s dissection of millennial culture and the hippy, uber-politically correct world of an alternative school

Some work better than others, and the main story wanes as the book struggles to contain it all. Pacing is the biggest issue with the multiple forms. Emails from peripheral characters, such as friends of Flora, or even friends of Flora’s love interest, Elijah, are diverting but drag the story down. Similarly, Flora’s failed attempts at writing to Elijah show her interior thoughts, but her journal entries and letters to her sister, Lael, already sufficiently relate her character.

The creativity of Everything Must Go is nonetheless to be admired, recalling the young-adult worlds of writers like Maria Semple. In particular it calls to mind the hotchpotch structure of another young American writer, Kathleen Founds, whose debut, When Mystical Creatures Attack!, also uses imaginative forms to relate teenage hopes and anxieties.

Suspending disbelief is required for some of Everything Must Go. A straight-A student with a keen eye for vintage fashion, Flora wears Grace Kelly and Jackie O outfits. Elijah, the love interest, is her tutor, an up-and-coming photographer who shoots Flora in carefully curated outfits across Manhattan. The resulting blog persona, Miss Tulip, attracts widespread interest in the New York arts world, particularly from a feminist magazine named Nymphette. Communications from the editor to staff feel fictional and distract from Flora’s world at Quare – where she has gone in a doomed attempt to chase after Elijah – although they do move the plot towards its ridiculous yet somehow believable conclusion.

Where the novel shines is in Davis’s dissection of millennial culture and the hippy, uber-politically correct world of Quare, which is loosely based on the author’s own experiences at an alternative farm school in California. Flora’s self-knowing tone brings lightness and humour. “Like one of my idols, Clueless’s Cher Horowitz,” she begins to describe her interest in older men. “Vegan 90 percent of the time,” she has difficulties getting used to the school’s menu: “Kale. Quinoa. Potatoes. Repeat.”

Quare is ripe territory for satire. A “prestigious peace- and environmentalism-focused boarding school,” it encourages creativity and “baseless love” among its students. Flora envisions “lounging in the grass, reading Naomi Klein’s No Logo or Patrick Reinsborough’s Decolonizing the Revolutionary Imagination. Setting tomatoes in a straw basket with a plaid cloth and picnicking on a mountain with my banjo-playing friends”. The reality is somewhat different, and her journey to recognise this makes for an engaging story.

Befriending another outcast at Quare, the depressed Canadian Sam, adds gravitas to Flora’s story and shows Davis’s ability to write with depth and care when she chooses to. Flora’s journal entry describing the night she has sex with Elijah is equally compelling: “I remember hoping he couldn’t see the eyeliner I’d smudged around my eyes, because I suddenly felt embarrassed about showing up to him like this – a painted woman . . . I remember him asking, like the good feminist he is, before taking off any of his clothing or mine. I remember nodding.”

The play Flora writes because of this experience, also called Everything Must Go, uses a vending machine full of her prized possessions to chart how used she felt in the aftermath. Naturally, it wins her a national award presented by Lena Dunham at an elaborate New York ceremony. This is typical of Davis’s style and of Flora’s world, both in thrall to and satirising a culture that has made a name for itself by simultaneously wanting to be left alone and heard by everyone.