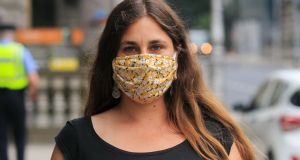 More than 400 complaints have been lodged with the Workplace Relations Commission (WRC) on behalf of migrant workers at meat factories this year to date.

The bulk of the claims were filed in March and relate to about 100 workers who are alleging discrimination over their employment rights, according to the Independent Workers Union (IWU).

Nora Labo, of the IWU, said complaints were lodged on several different grounds, including that contracts were bogus, misleading or poor with no wages or working hours specified.

Some allege unpaid annual leave, no overtime payments, less favourable conditions than other employees and no offer of employment despite factories directly recruiting labour elsewhere.

“Some of these people have been working at the same meat factory for more than 10 years,” said Ms Labo.

Some complainants said their pay was cut when they were switched to “legal contracts” while others allege they were working without any contract at all, she added.

Others who had “serious medical conditions” alleged they couldn’t access illness benefit because they were not legally recognised in Ireland or they didn’t have enough social security contributions paid because of their previous contracts.

Ms Labo said the large tranches of complaints to the WRC were in addition to a “few dozen” filed in autumn last year, but that there had been little progress to date in the cases because of the impact of the lockdown on the commission’s hearings.

The IWU, which has its origins in the Cork Operative Butchers Society, says it represents 500 workers in the meat factory sector, most of whom are migrant workers, generally employed by agencies.

In a report to the Oireachtas Special Committee on Covid-19 Response, which did not name any factories, the union blamed the meat factory outbreaks on “chronic mistreatment” of workers, unsafe and exhausting conditions, intimidation, unsuitable housing and “illegal” contracts.

A response to the report was sought from representative and lobby group Meat Industries Ireland, which said on Friday: “This is a report of which MII has not received any sight of and as such, cannot provide a comment on [it].” The group gave a statement to the Oireachtas committee on Thursday and issued a press release, it added.

Meanwhile, the union alleges, about 100 agency workers have been denied basic employment rights such as access to social security and healthcare under “fraudulent” contracts that “practically transform EU citizens into undocumented migrants”.

It outlines a system in which a recruitment agency with a number of branches in eastern Europe opens a company in each worker’s name in Poland, so they are treated as self-employed in Poland.

Workers are “tricked” into roles with the promise of less demanding positions and eventual direct employment, which “never happens”, the report states.

Some factory owners have told complaining workers the system was the best tax-wise for both factories and agency “so they should give up any hope to see it change”.

The report also alleges sick workers were told by both the agency and factory owners “that under no circumstances should they apply for the Covid-19 illness benefit” and others were “threatened” that gardaí would be called and they would be sent back to their countries if seen on the streets.

Accommodation rented by the agency for workers is “often” owned by factory owners.

“The conflation of landlord and employer in one entity puts the workers in an extremely vulnerable position,” the report to the committee stated.

“If they lose their job, they also lose their house and vice-versa; often surprise inspections of the house will result in disciplinary measures at work, or trouble at work will lead to homelessness.”

It is further alleged that workers were evicted from accommodation during the pandemic-related ban on convictions, while others were shifted from one shared house to another during the lockdown.

“Two workers who showed symptoms of Covid and lived in an agency house told us that their general health condition and immunity had worsened since they had started living there, as there was no hot water throughout the winter, the window to a bedroom wouldn’t close, and the electrical wiring was faulty, thus making the use of radiators hazardous,” the report states.

“As such, the six people in this house had constantly suffered from colds and flu throughout the cold season.”

The high number of Covid-19 clusters in meat plants in recent months was “far more than the accidental consequence of unforeseeable events, but the logical result of wider, already existing issues”, the report states.