Ireland has more registered tech transfer professionals than any other country 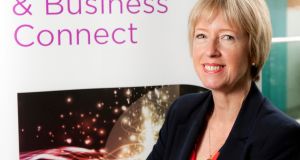 Dr Alison Campbell: “In 2015 we saw a significant rise in the level of research commercialisation coming from Irish research-performing organisations.”

The body, which manages the €22.8 million Enterprise Ireland technology transfer strengthening initiative funding programme, published its annual report yesterday. The report shows 1,235 collaborative research programmes between industry and research- performing organisations were under way at the end of 2015.

Last year saw 31 new spin- out companies being formed, bringing the number of such firms that are active and have been incorporated for at least three years, to 111.

The annual report shows a 27 per cent jump in new products as a result of licences from research-performing organisations. In addition, 597 contract service agreements and 372 consultancy contracts were signed in 2015.

“In 2015 we saw a significant rise in the level of research commercialisation coming from Irish research-performing organisations known as RPOs. This is evident across a number of key areas that include collaborative research for R&D, the licensing of novel intellectual property and the creation of new ventures, all of which are designed to drive business innovation and competitiveness,” said Dr Campbell.