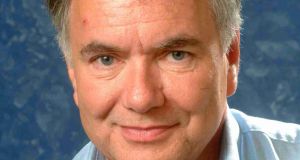 Peter Conlon: due to be released from a Swiss jail on December 22nd

Mr Conlon was jailed for three years, two of them suspended, after pleading guilty to using almost €4 million that was intended for charities to fund his technology company.

Having been in jail in Switzerland, pending trial, since last December, the businessman is scheduled to be released before Christmas.

That means he will now be available for a February hearing in Dublin connected to the liquidation of Pembroke Dynamic Internet Services, a company connected to his Ammado operation in Switzerland.

There had been concerns that a lengthy Swiss prison term for the 64-year-old Irish businessman might frustrate the liquidator, Myles Kirby, of Kirby Healy Chartered Accountants in his efforts to find out what happened with the business and trace any available assets.

Mr Kirby was unavailable for comment over the weekend.

Mr Conlon, an entrepreneur originally from Co Leitrim, is due to be released from a Swiss jail on December 22nd, a year to the day after he was arrested at Zurich airport.

About 800 charities are believed to have been affected by the collapse of Ammado, which employed fewer than 20 staff in Dublin, the Czech Republic and Serbia.

The liquidator is examining how the losses were racked up at Ammado. The deficit dates back to 2015 and is believed to stand at up to €3.8 million.

The bulk of the missing money is thought to have been spent propping up the business. As losses grew, Mr Conlon allegedly drew first on his own money, then capital, loans and money investors put in, followed by money due to creditors before dipping into charitable donations.

Mr Kirby has secured a freezing order on Mr Conlon’s worldwide assets, having alleged in the High Court that Mr Conlon was “guilty of very serious misconduct”.

It is understood that the full extent of Mr Conlon’s worldwide assets are unclear, in part because he has been in custody for almost the past year.