Intercom raises another $50m to fund its big ambitions

Silicon Valley company with office in Dublin has 10,000 customers worldwide 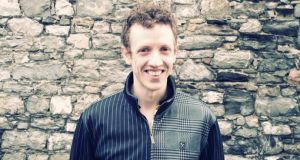 The company, based in San Francisco but with an office in Dublin, plans to continue its investment in its product platform. According to the firm’s vice president of engineering, Darragh Curran, Intercom’s platform will go “deeper and broader”, with the funding underpinning its big ambitions.

Founded by Eoghan McCabe, Des Traynor, Ciarán Lee and David Barrett in 2011, Intercom aims to help businesses to communicate directly with their customers through a suite of integrated products for teams throughout a business, including sales, marketing, product and support. The platform allows companies to communicate with customers via their own website, inside their respective web and mobile apps, and by email.

The company has grown significantly since its establishment in 2011, quadrupling its revenue in its fiscal 2016 year and doubling its headcount.

It now has more than 10,000 customers, twice the 5,000 it had in April 2015, and across the spectrum from start-ups such as Expensify and Trunk Club to larger public firms such as IBM and Rackspace.

Although the company has its headquarters in Silicon Valley, its research and development team is located in Dublin. Mr Curran said the firm would continue to invest heavily in growing that.

“Growing means a strong R&D team,” he said, adding that the latest funding would facilitate that into the future.

“First and foremost we are looking to have great people. We’ll pass up on volume to focus on hiring a great team,” Mr Curran said.

The firm is not just talking big numbers. In August last year Intercom said it would create 70 jobs in Dublin, effectively doubling its headcount in the city, and add further jobs at its San Francisco office following a $35 million funding round. It is understood that the targets previously set for new jobs are being met ahead of time.

The company is currently conducting its “world tour” of events with the Inside Intercom series of product discussions on design, engineering, research, product management and what it takes to make a great product.

The Dublin event is the final stop in the European tour, with the US events kicking off shortly afterwards.