CES: high-tech gadgets you might want but didn’t imagine existed

Take your pick from electric skates, a self-adjusting belt and a high-tech duck that could transform bathtime 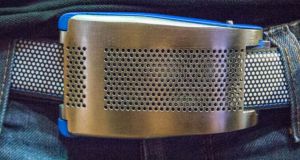 Connecting to your smartphone, Belty can adjust itself automatically as you stand up and sit down, making sure your trousers are always at the optimum fastening point 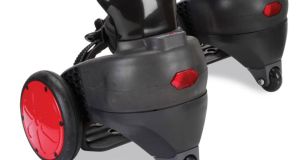 Rocket skates: remote-free and controlled by tilting forward to accelerate, and back to hit the brakes 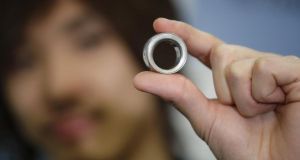 Ring: control your home electronics with a wave of your finger 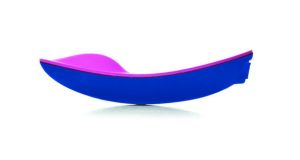 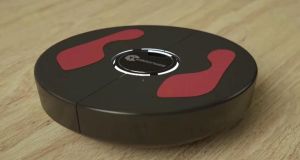 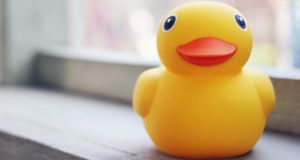 Edwin the duck: most high-tech duck ever to enter your bath water

It’s not all about big TVs and fitness trackers. In among the halls of CES, there are some of the more unusual products to grab your attention.

Here are a few of them from this year’s show:

Or it can take on the role of slightly dictatorial health assistant, making sure you move regularly, vibrating if you’ve been sitting still for too long and tracking changes in your waistline.

The product is a little way from becoming a staple item in your winter wardrobe though; it’s bulky and probably not the most fashionable belt you’ve ever laid eyes on.

Strap on the skates over your regular shoes and you are ready to go. The skates are remote-free and controlled by tilting forward to accelerate, and back to hit the brakes.

After raising more than $880,000 in a Kickstarter drive, Ring had to go back to the drawing board for its product, mainly due to the size (bulky) and the materials (not very signal friendly).

The redesigned version is still a bit on the bulky side, but it certainly was attention grabbing. It’s currently priced at $269, and a hub that will allow you to control your home appliances is set to be released in March.

OhMiBod specialises in sex tech, and has brought new functions to its blueMotion products – a line of Bluetooth-enabled massagers – with a new Remote interface.

Using OhMiBod Remote, you can control the massagers over Bluetooth and Wifi, and a smartwatch compatible app will allow users to control patterns and intensity.

But they’re not just triggered by smartwatches. The massagers now have biofeedback capabilities, which means they can read and react to your heart rate. Heart rate speeds up, so does the vibration intensity.

Yes, an end to the jumping around your living room trying to control your character on-screen; the 3DRudder may well be the coach potato saviour. All you have to do is rest your feet on it, tilting it in the direction you want to go, with a pedal to move up and down. It can be used as a controller for existing games, emulating a joystick or keystrokes. And it’s not just for gaming: the device can also be used with CAD software, for example.

If the water is too hot, he turns red and quacks to warn parents. In his nightlight role, he can play soothing sounds. And when you want him to interact with your child through the app, there are songs and stories to choose from, with the goal of establishing routine and good habits for children.