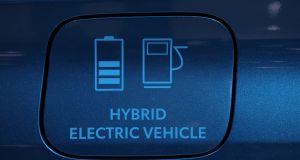 New car sales fell 7.7 per cent in February, with registrations for 2020 down 4.94 per cent on the same two-month period last year.

According to Brian Cooke, director general of the Society of the Irish Motor Industry (SIMI): “ Political and economic uncertainty is depressing consumer confidence, and we now have the added problem of the coronavirus, which may disrupt new hire drive registrations for the tourist season in March and April.”

The best-selling model is the Toyota Corolla, with 2,137 registrations, ahead of the Hyundai Tucson with 1,816 and the VW Tiguan with 1,443.

The decision by Toyota to opt for hybrid over diesel for its passenger car fleet seems to have paid off, with its total sales up 32.7 per cent, the only brand in the top five to record sales growth so far this year.

At the premium end of the market, Audi recorded 1,702 sales, ahead of Mercedes-Benz with 1,383 and BMW with 1,306. Tesla sales have jumped to 213 by the end of February, from just 17 this time last year. Some 203 of its sales this year are for its new Model 3 saloon, the third-best-selling electric car on the Irish market.

Overall in the electric market the best-selling brand is Hyundai, with 365 of the 1,294 cars sold up to the end of February. The Nissan Leaf is the best-selling model with 361, ahead of Hyundai Kona with 255.

In terms of buyers, private customer sales number 31,519, while registrations by the motor trade itself number 5,756. Hire drives have dipped 34.7 per cent on the same period last year, and now account for 3,244. Leasing and contract hire company sales comprise 2,261, recording the biggest growth sector of the market, up 67.73 per cent. Business and company sales make up 2,029, a drop of 1.22 per cent on the same two months last year.

According to Cooke: “New electric car registrations are up 15 per cent (1,294) year to date yet, but further analysis of this number reveals that while private consumer purchases of EVs, which still attract the SEAI [Sustainable Energy Authority of Ireland] grant, are up more than 30 per cent, there has been a reduction in company electric car purchases where this support no longer applies.”

While private buyers accounted for 831 electric car sales, company purchases dropped 7.6 per cent to 244 so far this year. However, the biggest slide in electric car sales was in the number registered by the motor trade itself, down 31.65 per cent to 108. Hire drive registrations of fully electric cars are also down this year, to 22 from 40 last year.

In the last budget the Government ended the €3,800 grant for businesses buying electric cars or plug-in hybrids. The grant, administered by the Sustainable Energy Authority of Ireland (SEAI), was on top of the €5,000 tax rebate on Vehicle Registration Tax (VRT) on fully electric vehicles.

A zero per cent rate of benefit-in-kind tax is applied to employees opting for full-electric vehicles. This rate has been extended to 2022.

The Department of Environment said the decision to discontinue the €3,800 for companies buying electric cars and plug-in hybrids was because “the generous benefit-in-kind tax relief that is available for these vehicles is considered adequate incentive to drive growth in this sector”.

When it comes to colours, Irish buyers are still conservative in their choices, with grey cars favoured by 16,951 buyers, well ahead of second-placed black with 7,905 and white with 6,885. However, there has been a spurt of orange cars sold, totalling 489 in the first two months.

In the commercial sector, normally a bellwether for economic activity, light commercial vehicles are down 6.9 per cent at 2,294 on February last year, with total sales of the year to date at 7,946, a drop of 0.8 per cent. However, heavy goods vehicle (HGV) registrations are up 11.04 per cent so far this year, at 684.