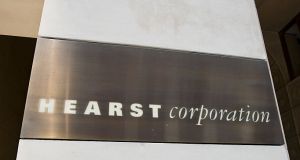 Hearst has agreed to pay $2.8 billion (€2.3 billion) to buy out its French partner in Fitch Group, the privately owned US media group said on Thursday, increasing its focus on credit ratings and other financial information services.

The all-cash purchase, for which Hearst has not had to raise new financing, makes Fitch Hearst’s largest wholly-owned business.

“Fitch CEO Paul Taylor has built a great team that has delivered impressive growth in the ratings and information services businesses,” Steven Swartz, chief executive officer of the New York group, said in a statement.

The deal brings to an end what Mr Swartz called “an excellent partnership” with Fimalac, the holding company for French billionaire Marc Ladreit de Lacharrière.

The company noted that Fitch had diversified in recent years, and now derived more than 20 per cent of its revenues from data products unrelated to its core ratings business, where it competes with the larger Moody’s and Standard & Poor’s.

Hearst is still best known for newspapers such as the Houston Chronicle and magazines such as Cosmopolitan but has stakes in television networks from A&E to ESPN, television stations from Boston to Sacramento, and investments in digital media companies including BuzzFeed and Vice.