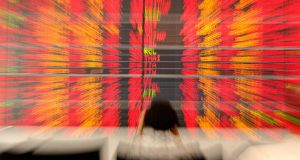 Mounting fears regarding a global slowdown have hit stocks recently, but Merrill Lynch’s latest monthly fund manager survey indicates a rebound may be in the offing.

Chinese and emerging market (EM) woes coupled with plunging oil and commodity prices have dominated headlines lately, catalysing double-digit corrections in the miner-laden FTSE and the exporter-dominated German Dax. Investors are also iffy towards the US, where a rate hike looms, underweighting US equities for six consecutive months.

Uncertainty has resulted in EM allocations hitting all-time lows while allocations towards energy stocks are at 13-year lows. Additionally, fund managers are holding much more cash than normal.

Merrill’s survey is best viewed in a contrarian light, with extreme readings indicative of turning points. The current sentiment towards energy and EM equities has the whiff of capitulation about it, potentially driving what Merrill calls a “late-summer pain trade” as well as fresh all-time highs for US stocks prior to a possible rate hike next month.

Such talk may seem fanciful but markets can turn quickly. Additionally – and counterintuitively – a US rally would be in keeping with history. Allianz looked at US stock performance prior to the first interest rate hikes in past market cycles over the last three decades. On five of six occasions, stocks rallied in the run-up.

Bullish sentiment among ordinary investors has been below historical norms for 23 consecutive weeks, according to American Association of Individual Investors (AAII) polls. The latest Investors’ Intelligence poll, which tracks newsletter writers, shows sentiment is at 10-month lows. Other measures are similarly pessimistic.

Typically, such bearishness is only seen after sizable corrections – not when indices are just a few percentage points below all-time highs. The explanation, perhaps, is this feels like a bear market for many stock-pickers. Michael Batnick of Ritholtz Asset Management notes the average stock in the Russell 3000, which covers 98 per cent of the US market, is already in bear market territory. That shows how weak market breadth is at the moment; large-cap strength is masking broader weakness.

However, while the current stats are quite extreme, Batnick notes it’s not uncommon for a handful of stocks to do the heavy lifting. US stocks have returned 9.9 per cent annually since 1926 but that falls to 6.5 per cent if you exclude the top decile of performers. Exclude the top quartile of performers, and average annual returns fall below zero, he adds.

Sentiment is poor at the moment but it’s not apocalyptic.

Despite the European market selloff, Merrill’s survey shows the vast majority of fund managers want to overweight Europe over the next year. The VStoxx – Europe’s volatility index – is well shy of levels hit during last month’s panic over Greece; indeed, it’s still below its historical average.

The same is true of the Vix, the US fear index. It spiked higher last week but remains below its historical average, and is nowhere near levels seen during market panics.

In short, there’s no panic – not yet anyway.

Authorities said last month they wanted the Shanghai index, which had plunged from above 5,100 to 3,500, to head back up towards 4,500. Despite an intense propaganda effort, stocks have remained weak, and would likely have fallen below 3,500 last week were it not for suspected government intervention. China’s wealthiest investors are especially wary, deserting the market at a much quicker rate than their less well-funded brethren.

The rebound effort has been especially weak when one remembers the strongest rallies can occur in bear markets. The Nasdaq, for example, managed two big rallies in the months after the technology bubble burst in March 2000, rebounding 25 per cent and 41 per cent before eventually hitting new lows.

1 The wealth of the Irish – how do your assets match up?
2 KBC Ireland fined €18.3m for ‘unconscionable’ tracker scandal role
3 Will Facebook walk away from European market after data protection 'hissy fit'?
4 Dunnes Stores set to enter grocery delivery market
5 Irish company to test vaccines on volunteers deliberately infected with Covid-19
6 Air travel never going ‘back to way it was’
7 Dublin and Cork airports look at setting up pre-flight Covid testing centres
8 Should I switch bank now with Ulster Bank at risk of closing?
9 Willie Walsh joins CarTrawler as deputy chairman
10 State calls for applications to €500m disruptive technologies fund
Real news has value SUBSCRIBE
Save money on international transfers