Can my parents give me more cash now tax-free thresholds have risen? 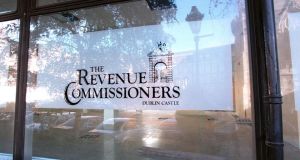 Liability to tax on gifts and inheritances under the Capital Acquisitions Tax regime is a point-in-time operation.

Is this fine to do or are there any tax implications as a result of using up the full group A threshold previously?

Tax-free thresholds on gifts and inheritances can be tricky to get a handle on precisely because they are a moving target – as well, of course, as the existence of three separate thresholds depending on the relationship between the person making the gift or inheritance and the person receiving it.

The amount you could receive in December 2015 is different from what you, or a sibling, could have received just over two months earlier or 10 months later – and very different again to what a cousin of yours could receive from your parents. That’s why people who are trying to estate plan, like your parents, need to be alert to changes in the tax regime.

As you say, in December 2015, the Category A threshold – which governs gifts and inheritances between a parent and a child – was €280,000.

This was barely half of the €542,544 you could have received in the early part of 2009 but it was significantly higher than the post-financial crash low threshold of €225,000 that prevailed up to mid-October of that year.

The €542,544 was the peak for inheritance/gift tax thresholds under the indexation system put in place back in 1990 to ensure thresholds rose automatically to keep pace with inflation: before that, it had been a political lottery at budget time each year. The budget realities following the financial crash and subsequent troika bailout meant such increases were no longer politically sustainable.

As a point of information, you are obliged to inform Revenue when you exceed 80 per cent of the relevant threshold. You should have done this back in 2015

However, things have improved moderately since and, as you say, the category A threshold has risen over the past five years and now stands at €335,000.

Liability to tax on gifts and inheritances under the Capital Acquisitions Tax regime is a point-in-time operation. So, while €280,000 was the maximum you could receive back in December 2015, there is nothing to stop you receiving anything up to the current threshold of €335,000 now. That means your parents are free to give you up to the additional €55,000 if they choose to do so without you having to worry about any tax liability.

It is worth noting that there is nothing to say all thresholds must move in a synchronised fashion. While the category A threshold has risen four times since 2015, the category B and C thresholds affecting asset transfers between other relations or friends have increased only the once in the same period.

As a point of information, you are obliged to inform Revenue when you exceed 80 per cent of the relevant threshold. You should have done this back in 2015: if not, you need to make sure you do so this time.

Please send your queries to Dominic Coyle, Q&A, The Irish Times, 24-28 Tara Street, Dublin 2, or dcoyle@irishtimes.com. This column is a reader service and is not intended to replace professional advice. No personal correspondence will be entered into.