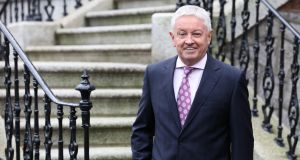 Finance Ireland, the largest non-bank lender in the State, saw its new lending jump 62 per cent to a record €793.8 million in 2019, before the company was forced to put plans for an initial public offering (IPO) in ice as a result of the coronavirus crisis.

Pretax profit rose 34 per cent to €14.1 million during the year, according to new filings with companies registrar in the UK, where the business is registered. The accounts were signed off on March 4th, a week before then taoiseach Leo Varadkar announced initial Covid-19 restrictions.

A spokesman for the company, led by chief executive Billy Kane and in which the State’s Ireland Strategic Investment Fund (ISIF) and US investment giant Pimco each hold 31 per cent stakes, declined to give an update on trading for last year.

Finance Ireland, advised by Goodbody Stockbrokers, had been gearing towards a €100 million-plus IPO last May, but pressed the pause button as the pandemic swept through Europe.

While global equity markets have since recovered, with Dublin’s Iseq index currently hovering at levels last seen in late 2007, before the financial crisis, Irish financial stocks are down 25 per cent over the past 12 months, despite a strong rally by the sector since last October.

Investor sentiment towards financial stocks has been hit as lenders set aside large provisions for expected Covid-19 bad loan losses, muted loan demand and central bank actions to contain the economic shock serving to depress lending margins across the sector.

The company said that it issued €200 million of fresh mortgage loans in 2019 in what it called “an excellent first full year” for this part of the business, with loans offered through the broker channel.

Finance Ireland’s funding model is increasingly based on refinancing loan portfolios it builds up on the international bond market through a process known as securitisation.

Finance Ireland’s total level of loans, including those extended by the company but have moved off balance sheet under securitisation deals, rose 31 per cent to €1.16 billion in 2019. That excluded €250 million of home loans managed by Pepper’s loan servicing division.