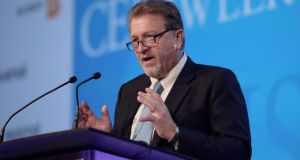 Britain’s BG Group rushed in its new chief executive nearly a month early on Monday after reporting a $6 billion writedown last week that underlined the huge turnaround task he faces.

Helge Lund, Statoil’s former chief executive, will have to work against the clock if he is to replicate the success he had during 10 years at the helm of the Norwegian oil giant.

BG, a much smaller rival, has suffered dwindling gas reserves in Egypt that led to a profit warning last year even before the collapse in oil prices significantly devalued some of its other assets.

Those difficulties played out amid managerial turmoil: Mr Lund’s arrival makes him the third chief executive in as many years and BG had no chief executive at all for almost 12 months after Chris Finlayson departed post-profit warning. – Reuters