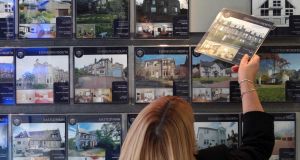 Rating agency Moody’s believes population growth and economic recovery in Ireland will continue to drive housing demand and property prices for some time to come.

In a report, the agency cites a projected fall-off in the number of 25-35 year-olds here as an unfavourable development for housing demand.

However, it says the demographic changes will be offset by stronger-than-expected economic recovery and improved employment/ income prospects.

It notes Ireland’s population growth is set to slow down, rising by only 0.2 per cent between 2015 and 2020, compared with 1.2 per cent over the past five years.

While further net emigration could offset natural demographic trends in Ireland, Moody’s says the strength of economic recovery is likely to draw recent expatriates back, resulting in a continuing increase in population.

This higher population growth will support housing demand, which is facing tight housing supply in urban locations, particularly in Dublin and to a lesser extent Cork and Galway, while on national level there is oversupply, it says.

The latest official house price figures indicate house prices in Dublin increased by 0.9 per cent in September and were 6.5 per cent higher than 12 months ago, the lowest annual rate of inflation recorded in over two year.

Most experts link the fall-off to the introduction of the Central Bank’s lending restrictions and the ending of the Capital Gains Tax (CGT) waiver for property purchases.

Nonetheless, prices are expected to remain on an upward curve due to demographic pressures, rising employment and lower taxes.

The Moody’s report makes similiar projections for Spain where a slowdown in population growth is coinciding with economic recovery.

Robust economic growth, low or falling unemployment rates and steady population increases in the UK and the Netherlands are expected support demand for housing and house prices there.

Slower population growth and muted economic growth is, however, expected to weigh on housing demand in Italy.