More than 4,200 applications submitted via stateboards.ie 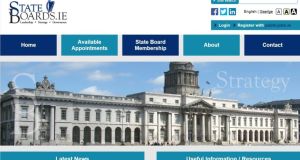 Stateboards.ie facilitates people in registering their interest in hearing about State board vacancies

Since the new process for State board appointments began last December, 255 vacancies on 63 State boards have been advertised, according to new information from the Public Appointments Service.

More than 4,200 applications have been submitted via stateboards.ie in relation to these vacancies. This dedicated website facilitates people in registering their interest in hearing about State board vacancies and to submitting expressions of interest, as well as providing information about the process.

Public Appointments Service chief executive Fiona Tierney welcomed the high level of interest and said she believed there had been “some very positive progress in the area of gender representation in appointments”.