Ireland’s EU-IMF bailout has been a success, says thinktank report

Ireland’s bailout has been a success, Portugal’s a “potential” success and Greece’s a failure 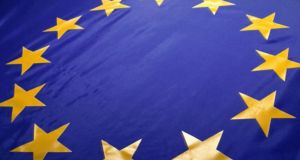 
Ireland’s EU-IMF bailout has been broadly successful, according to a new reports by a leading European thinktank, but risks remain that a second bailout will be required down the line.

In an analysis of the manner in which three euro area countries have been bailed out, the report concludes that Ireland’s bailout has been a success, Portugal’s a “potential” success and Greece’s a failure.

The report by the Brussels-based Bruegal thinktank argues that in hindsight Greek sovereign debt should have been written down at the outset and “in the Irish case, the bail-in of senior bank bondholders might have been desirable from the Irish point of view”.

“But it would have improved the programme’s sustainability far less than in Greece, and it could have had significant negative implications for the funding of Irish banks”.

It says the two issues on which troika members have disagreed most were the risk of financial spillovers from imposing losses on senior bondholders of Irish banks, and the restructuring of Greek debt .

Regarding the initial guarantee of bank liabilities in September 2008, the report states that it was “given by the government unilaterally and without outside interference”.

Bruegal’s position on whether senior unsecured and unguaranteed bank bonds should have been repaid after the initial guarantee expired in September 2010 is ambivalent. The report states “it is difficult to say whether the bailout of senior bond-holders was a mistake or not”.

The authors of the report – Jean Pisani-Ferry, André Sapir and Guntram Wolff – say the IMF was involved in the bailouts by the EU because it had insufficient “trust its own institutions to act alone”. The report notes the unprecedented nature of the bailouts, saying they “stand out compared to typical IMF programmes because of their exceptionally long durations and the exceptionally large size of the financial assistance packages”.

The authors say they did not have access to any documents other than those that are available publicly, but they did have discussions with senior members of each troika institution and others in national capitals.