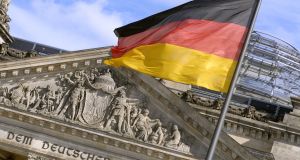 The Bundestag in Berlin.

Comments from a senior former official at the German finance ministry that Ireland was hit with unnecessarily harsh austerity measures a decade ago at Berlin’s behest will be of of scant consolation to those who suffered here a decade ago.

But they offer a window into German thinking on fiscal prudence. Prof Christian Kastrop, a former aide to ex German finance minister Wolfgang Schäuble and now head of the European programme at the Bertelsmann Foundation, suggests that Ireland was caught in the euro crisis crossfire between Germany and southern European bailout countries.

While some countries believe in a more pragmatic approach to public finances – pumping public money into a cooling economy as private investment retreats – Germany believes in pruning slowing economies first, to maximise the effect of public funds invested subsequently as stimulus.

This dominant economic ideology, and a general suspicion of debt, fed into several so-called fiscal brakes, co-devised by Prof Kastrop: since 2016 for the federal budget, from next year for Germany’s 16 federal states – as well as, in a different form, at EU level.

The fiscal rule prevents German finance ministers borrowing more than 0.35 per cent of economic output – at federal level since 2016, and from next year in states.

Prof Kastrop fears the rules he helped devise – to block runaway borrowing by politicians – have been distorted. In particular, he accuses Germany’s ruling Christian Democratic Union of fetishizing balanced budgets.

This has demonised debt-financed spending and, he says, contributed to years of chronic underspending even on education and physical and digital infrastructure. “You make a great mistake if you cling to rules when the circumstances change substantially,” he said.

Prof Kastrop fears the fiscal rules he helped devise may “mutate into a monster” and contribute to the kind of economic instability the rules were designed to prevent. “One size,” he said, “never fits all”.