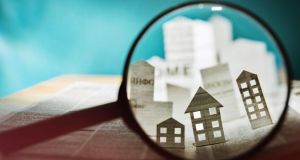 ‘While the amount of rental stock has increased in Dublin, it is still roughly one-third the level of availability seen 10 years ago’

Rents rose 1.2 per cent nationally in the third quarter but were stable in Dublin due to an increase in availability of properties arising from the Covid crisis, the latest rental price report from property website Daft shows.

According to Daft, the number of properties available to rent in the capital is almost twice the level seen a year ago, with 2,700 units to let there versus 1,400 in the third quarter of 2019.

The increase in available properties is primarily due to landlords withdrawing their rentals from short-term listing sites such as Airbnb as the number of visitors from overseas dwindled to a halt due to coronavirus restrictions.

In Dublin, rents were largely stable between June and September, rising just 0.2 per cent, and are 0.8 per cent below the same period in 2019.

“The respite in Dublin’s rental sector is down to Covid-19, which has brought about a once-off redistribution of a couple of thousand properties from the short-term lettings segment to the long-term rental segment,” said Ronan Lyons, economist at Trinity College Dublin and author of the Daft report.

While the amount of rental stock has increased in Dublin, it is still roughly one-third the level of availability seen 10 years ago.

The rise in rents nationally in the last quarter offset a 1.4 per cent decline in the second quarter and means that the average monthly rent now stands at €1,419, up 1.2 per cent on the June to September period in 2019 and 91 per cent higher than its lowest point in late 2011.

The latest figures suggest a rise in the numbers of people relocating from the capital, with rental stock outside Dublin down one-third on an annual basis. With just 1,435 such units available to rent as of November 1st, this was the lowest level in 15 years.

Rents outside Dublin are now 3.3 per cent higher than a year ago. Rents increased in Leinster (excluding Dublin) and Munster but declined in Connacht and Ulster during the third quarter.

“The glut in Dublin supply does not signal that policymakers can . . . congratulate themselves on a job well done,” said Mr Lyons.

“Indeed, if anything, the journey to fixing Ireland’s deficient rental supply has barely started. Only about 35,000 rental homes are currently either in construction or on the plans – and almost all of those are in Dublin,” he added.