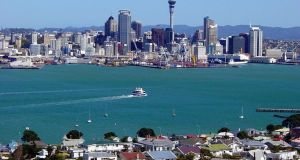 Prices in Dublin’s high-end residential property market are continuing to weaken as the pandemic lingers on, with a new report showing prime prices fell by 4.1 per cent in the year to September 2020.

This compares with a decline of 3.8 per cent in the second quarter of the year, and growth of 1.6 per cent in the same period in 2019. Prime properties are typically defined as the top 5 per cent of the housing market, which in Dublin means properties that were priced at about €950,000 or more

The latest decline means that sales at the higher end of the market will likely be tested.

Recent launches in Dublin include Lynwood in Glenageary, where prices start at €1.175 million, and Amberley Court in Blackrock, with prices starting at €995,000.

The decline at the top end of the market outpaces that seen elsewhere in the capital; according to the Central Statistics Office, prices in Dublin fell by just 0.7 per cent in the year to June.

It is likely driven by a number of factors including economic uncertainty caused by the pandemic, the end of the Brexit transition period at year-end, and constraints on foreign buyers caused by travel restrictions. Dublin’s prime market also softened in 2018 on Brexit fears, but rebounded in 2019.

The latest decline means that Dublin is now the seventh-worst performer out of 45 global cities in the index, ahead, however, of both New York and London, where prime prices declined by 4.1 per cent and 4.5 per cent, respectively in the period. Bottom of the heap is Singapore, which saw a price decrease in its most expensive properties of some 6.1 per cent in the year to September.

Elsewhere, prices were more robust. Overall, the index increased by 1.6 per cent in the year to September, with almost two-thirds, or 62 per cent, of cities continuing to see prime prices increase year-on-year.

However, some commentators fear that the impact of the pandemic on economies across the world means that it’s only a matter of time before property markets start to contract.

Pandemic outperformer New Zealand is seeing its management of Covid-19 reflected in its property market, as Auckland leads the index with annual growth of 13 per cent. Closer to home, the Swiss cities of Zurich (7 per cent) and Geneva (6 per cent) are all posting strong growth.

Stockholm, capital of Sweden, which has taken a more laissez faire approach to the pandemic, has also seen its high-end property market perform strongly, with annual growth of 5 per cent.

“It is perhaps not surprising that traditional safe havens, countries that are considered to have handled the pandemic efficiently or applied a lighter touch, plus those markets that are already witnessing an economic rebound have moved higher in the rankings,” the authors of the report said.