Deloitte says with revenue showing no sign of decreasing, spending will continue to rise 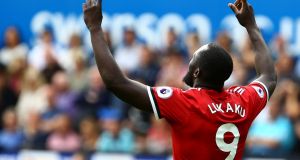 Figures from the football finance experts, Deloitte, showed a total spend of £1.4bn by the 20 top-flight clubs - a 23 per cent rise on the previous year.

This late flurry of spending took the league’s overall outlay on players since the first transfer window in January 2003 past the £10 billion mark.

Top-flight clubs completed a total of 469 deals worth £1.62 billion, including non-domestic outgoings, most of which were predominantly to European sides.

Ligue 1 clubs made 365 deals worth £931.3m (€1 billion), one fifth of which was Paris Saint-Germain’s outlay on four summer signings, notably Neymar’s £198 million transfer.

La Liga clubs could eclipse the £1.03 billion worth of completed transfers so far before the division’s transfer deadline at midnight on Friday.

Only five clubs ended up in the black on their transfer dealings: Arsenal, Burnley, Stoke City, Swansea City and Tottenham Hotspur.

For comparison, spending in the Championship was down from £215 million last summer to £195 million this summer.

The total summer spend in England’s top flight was up 23 per cent on last year’s record figure, which is already a record amount for a single season and a new milestone for a calendar year.

But with several major transfers falling through at the 11th hour on Thursday, the league’s net spend was £20 million less than last summer’s record of £685 million.

Despite that slight dip in net spend, the clubs combined to shell out an estimated 31 per cent of their revenues for this season, a significant rise on the average summer window spending-to-revenue ratio of 22 per cent.

“Premier League clubs have broken their own record for transfer expenditure for the sixth summer in a row,” Deloitte’s Dan Jones said.

“With the continued growth in clubs’ revenues, principally from broadcast rights, it is no surprise that Premier League clubs have continued to maintain their leading position in the world’s player transfer market.

“Importantly, and when analysed in the context of generating record broadcast, commercial and match-day revenues, Premier League clubs are spending well within their means.

“For the last 15 years, annual transfer spending has remained within the range of between a fifth and a third, and averaged at around a quarter, of total revenues.

“With Premier League clubs’ revenue showing no sign of decreasing in the foreseeable future, we would expect to see spending continue to rise.”

In its own analysis of the window, the Premier League noted that the average net spend per club was £33.25 million, equivalent to 14.73 per cent of total club revenue, compared to 14.35 per cent last summer.

The league also pointed out that the clubs will invest £443 million “in supporting wider English football and communities” this season.

1 Facebook may pull social media platforms from Europe
2 Aldi empire wracked by family feud
3 Between Covid and Brexit, the economic fallout next year will be profound
4 Volkswagen close to selling its Bugatti supercar brand
5 Mark Paul: Government faces dilemma on which businesses to save
6 Will PTSB be Ulster Bank’s knight in shining armour?
7 Four-day week is a campaign worth watching
8 ‘I just thought it sounded exciting and different’
9 Ireland is quietly allowing private firms to gather and monetise Irish DNA
10 Eason faces a defining chapter in its long history
Real news has value SUBSCRIBE