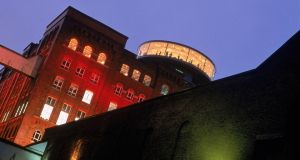 A national tourism body has claimed that an apartment development containing a 13-storey block will compromise the visitor experience and views from the Gravity Bar in the Guinness Storehouse.

The towers planned for the Liberties area near the Guinness brewery are to house the apartments as well as shops, restaurants, medical facilities, co-working spaces and a creche.

In response to the proposal, chief executive of the Irish Tourism Industry Federation (ITIF), Eoghan O’Mara Walsh has told Dublin City Council that the proposal “will compromise the visitor experience and views from the Gravity Bar in the Guinness Storehouse”.

The ITIF is the umbrella group for the Irish tourism sector and Mr O’Mara Walsh points out that the Guinness Storehouse is Ireland’s most visited tourist attraction with 1.8 million visitors per annum. He said: “In total last year, according to Fáilte Ireland figures, international tourists spent €2 billion while visiting Dublin and the Storehouse and its Gravity Bar experience is critical to sustaining and growing this.

“The highlight and focal point of the Storehouse visit is the largely unimpeded 360-degree view from the Gravity Bar and this is an important consideration to factor in to any development plans around the area.”

Mr O’Mara Walsh has told the council: “To our mind, the view must be protected as much as possible and we request that the current plans be reviewed with the important tourism economy in mind.”

The ITIF chief executive said the Marlet plan is welcome in many ways in bringing much needed economic activity to Dublin 8.

Guinness owner, Diageo has also made a submission to the city council on the plan. Consultants for Diageo have told the council that a €20 million extension to the Gravity Bar is due to open in January of next year. The consultants, the RPS Group have asked the council to be mindful of the views from the bar in making its decision.

The council is due to make a decision on the application early next month and due to the scale of the plan is likely to request further information.