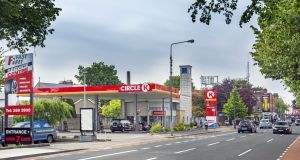 The Lisney estate agency has sold its former car park between Baggot Street and Fitzwilliam Square in Dublin’s south inner city for over €2 million, more than €400,000 above the guideline. The car park at Pembroke Lane extends to 0.06 of a hectare (0.14 of an acre) and accommodates 32 cars.

The sale attracted online bids from eight different parties, some of them investors, others known to be developers. The site may well be used for a new office or apartment building. Thomas Byrne of Lisney said the use of a “click to purchase” sales platform had proven successful and had generated a positive feedback from potential buyers.

The Co Meath village of Slane has secured the title of Ireland’s Friendliest Place 2019 at the National Retail Excellence Ireland Awards. The accolade is credited to Slane’s retailers, its strong community spirit and a team of active residents in the village. Five Slane retailers who led the initiative – Inside Out, The Muttonhead Butchery, Slane Craft Collective, George’s Patisserie and Slane Distillery – worked away quietly promoting Slane and ensuring the customer and visitor experiences were exemplary. Competition for the top spot was extremely strong with Ennis, Carrick-on-Shannon, Limerick and Waterford making it to the final five destinations.

A well-presented Georgian office building at 4 Herbert Street, Dublin 4, is expected to attract considerable interest when it is goes on the market this week through agents CBRE at a guide price of more than €1.9 million. The vacant four-storey over basement Alton House has an overall floor area of 297sq m (3,220sq ft) and links in through the garden to a 63sq m (680sq ft) mews building which has a further two years to run on its lease. There is a single car space in the rear garden. The house is located in the heart of Dublin’s Central Business District close to both Baggot Street and St Stephen’s Green.

A high-profile petrol filling station directly opposite Donnybrook rugby grounds in Donnybrook village, Dublin 4, is to be offered for sale on the instructions of a receiver. Agents Kelly Walsh are guiding about €5 million for the Circle K service station, which extends to 0.26 of an acre (0.11 of a hectare) and let to Ard Services on a 10-year lease from 2014 at an annual rent of €165,000. The sale will also include a 354sq m (3,810sq ft) commercial building occupied by First Stop Tyres. Kelly Walsh describes the petrol filling station as a “trophy investment in the heart of Donnybrook with excellent medium term development potential subject to planning permission”.

A Canadian engineering company, Silent Aire, has taken a 20-year lease of a substantial commercial building at Park West Industrial Park in west Dublin. The company has agreed a rent of €8 per sq ft for a 100,000sq ft block that was previously occupied by Nissan Ireland. Silent Aire manufacturers heating, ventilation and air conditioning equipment for large institutions, including hospitals, schools and recreational buildings. It also provides similar services for mining and energy companies.

Workers considering a self-administered pension fund are likely to be interested in a new retail opportunity at 4-5 Michael Street, Waterford, which has just come on the market at €950,000 through local agents Sherry FitzGerald John Rohan. The four-storey building extends to 1,180sq m (12,701sq ft) and is occupied by Dealz on a 10-year lease from 2012 at a rent of €108,000 per annum. The well-maintained building is located beside Broad Street and Patrick Street, opposite the main pedestrianised shopping thoroughfare.