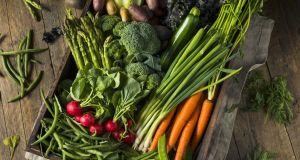 Davy noted challenging conditions in Total Produce’s Netherlands market, although this was offset by a good performance in southern Europe. Photograph: Getty Images

Pretax profit at fruit and vegetable producer Total Produce dropped by 3.7 per cent to €69.8 million in 2018 as adverse weather hit its European business.

Excluding the impact of its acquisition of Dole in the United States, the company made an adjusted pretax profit of €80.7 million for the year. Total Produce bought a 45 per cent stake in Dole – one of the largest fresh produce companies in the world – in 2018 as part of a $300 million deal in what was billed as a “transformational change” for the company. The transaction completed on July 31st, 2018 after the European Commission gave it the go ahead and the first full year including the Dole results will be 2019.

Total revenue at Total Produce was 17.7 per cent higher at €5.04 billion. Dole’s contribution to revenue was €692 million. Dole’s business is seasonal, with its earnings weighted towards the first half of the financial year. Excluding Dole, that figure was €4.35 billion, up 1.6 per cent.

Adjusted fully diluted earnings per share, which included Dole and the related share placing, was 10.51 cent. Excluding Dole, the figure was 13.5 cent, a marginal rise when the impact of currency movements was included.

Davy noted challenging conditions in Total Produce’s Netherlands market, although this was offset by a good performance in southern Europe. Marginally lower volumes were offset by higher prices, said Davy.

Dole has had its obstacles in recent months, with its fresh vegetables section hit by industry-wide safety notices linked to Romaine lettuce.