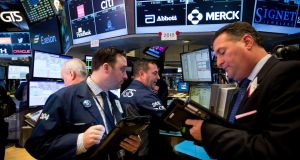 Canada’s Saputo is to enter the British market for the first time after agreeing to buy food company Dairy Crest for £975 million.

The takeover comes after a five-day surge in the stock that lifted the price by 17 per cent on heavy volume.

Montreal-based Saputo described Dairy Crest as an attractive platform for growth in the UK, adding that Dairy Crest would continue to make its products from existing facilities in the country.

The deal comes about a month ahead of Britain’s plan to exit the European Union, which is expected to put pressure on supply chains and boost prices of dairy products.

Dairy Crest said in January that it was speeding up buying ingredients and packaging material to cushion any Brexit blow, although the company’s supply chain and customer base is primarily located in Britain.

Discussions between the companies first began in January this year and have moved on “quite fast” since then, a source familiar with the matter said.

Dairy Crest, which traces its history back to the British government’s Milk Marketing Board, plans to recommend that shareholders vote in favour of the deal, considering the terms “fair and reasonable”.

Saputo’s offer price represents a premium of about 11.7 per cent to Dairy Crest’s close of 555p on Thursday.

The British maker of Frylight sprays had been shifting strategy to focus more on its profitable cheese business and spreads, selling its dairy operations in 2014 after it struggled with low milk prices in the country.

Saputo, one of Canada’s largest dairy companies, has been growing through acquisitions with 30 deals since it became publicly traded in 1997. – Reuters