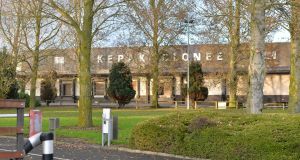 Kepak said the deal was also “both a Brexit and a currency hedge for the existing and the new Irish-UK businesses”.

Kepak Group has acquired the red meat operations of UK food group 2 Sisters in a move it claims will “significantly” increase the value and scale of the Irish meat and food producer’s business.

Meath-based food processing group Kepak has acquired the business for an undisclosed sum, and will assume control of the business with immediate effect.

In a statement, Kepak said the acquisition would “significantly increase Kepak’s value and scale providing a number of complementary strategic fits”, including strengthening the group’s key customer supply chain partnerships.

Kepak said the deal was also “both a Brexit and a currency hedge for the existing and the new Irish-UK businesses”, while it offers the group a sustainable source of UK raw material for Kepak’s meat-based value-added businesses which are located both in Ireland and in the UK and which supply Irish, European and UK customers.

UK food group 2 Sisters came into existence in 1993, and its food brands include Donegal Catch, Green Isle, and Fox’s Biscuits. It is owned by Boparan Holdings and it acquired its red meat operations following the purchase of VION in 2013. The UK red meat business is operated from four key production sites in Scotland, Wales and England. Collectively, these four sites process and market, mainly in the UK, about 250,000 cattle and more than a million lambs annually from more than 13,000 farmers spread from Scotland to Cornwall.

John Horgan, managing director of Kepak Group, said the deal marked a “very significant next step” in delivering on its strategy to grow its meat and food businesses in markets that are complementary to its existing businesses in Ireland and in the UK.

“It is a great fit for Kepak. The addition of these facilities to Kepak Group significantly increases the value and scale of our business. We are delighted to welcome all our new colleagues that will transfer with the acquisition. We look forward to working with them to grow our combined Irish and UK businesses and to further develop relationships with existing and new customers. In doing so we will collaborate closely with the livestock farmers who have been loyal suppliers to these UK sites for many years,” Mr Horgan said.

Founded in 1981 by Noel and Marie Keating, Kepak has a turnover of about €1 billion and employs 3,000 people across 12 production sites and a number of sales offices. Kepak’s consumer brands include Rustlers, Big Al’s, Feasters and Stript Snacks.