Solskjaer set for caretaker role as United eye up Pochettino 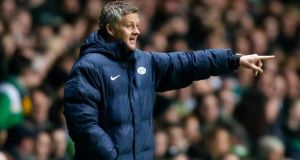 Manchester United are hopeful of announcing Ole Gunnar Solskjaer as their caretaker manager after the sacking of José Mourinho on Tuesday morning, with the club intent on appointing a permanent replacement by the summer. Tottenham’s Mauricio Pochettino is the current frontrunner.

On Tuesday Pochettino refused to rule himself out of the running. “I cannot answer this type of question, because this type of rumour happens in this business, in football,” he said.

Given Pochettino signed a five-year deal in May, United would hope that paying up the value of his £8.5m-a-year contract would be the maximum required to smooth any deal.

Yet with no buyout clause set in the contract Daniel Levy, the notoriously combative Spurs chairman, could ask for a considerably higher figure. Pochettino is yet to claim a major honour in nine years as a manager, having previously been in charge at Spain’s Espanyol and Southampton.

Other contenders for the position may include Zinedine Zidane, who won three consecutive Champions Leagues with Real Madrid, and Laurent Blanc, the former Paris-Saint Germain and France manager. Neither is in work.

If Solskjaer, the Molde coach, is appointed as Mourinho’s temporary successor it would raise eyebrows given that in his sole previous experience of Premier League management the Norwegian took Cardiff down to the Championship in May 2014. On being sacked the following September the former United striker’s record was 16 defeats from 30 games and five wins, of which three were in the top flight.Just over a year ago Solskjaer described United as a dream job in an interview with United.no, the Manchester United Supporters’ Club Scandinavia.

Late on Tuesday, the Norwegian Prime Minister, Erna Solberg, suggested a deal had been done, tweeting at Solskjaer: “Great day for Norwegian football. Good luck keeping control of the Red Devils.” The tweet was quickly deleted. That came after an update on United’s website seemed to highlight Solskjaer’s impending return.

Under a video of Solskjaer celebrating his winning goal in the 1999 Champions League final, the headline read: “Solskjaer becomes our interim manager, 20 seasons after clinching the Treble with THAT goal.” The page was then taken down.

Mourinho was removed 17 league matches into his third season, United having made their poorest start since 1990, sitting 19 points behind the leaders, Liverpool, and 11 from a Champions League berth.

This was a major factor in Ed Woodward choosing to relieve the 55-year-old of the position he had held since May 2016. The executive vice-chairman relayed the decision to Mourinho at United’s training ground.

Other reasons included the club’s disappointment at the evolution of the team and dour style of play, plus Mourinho’s performance in the transfer market, with his signing of 11 players at a cost of around £400m.

There was also disquiet at his management of younger players and his reluctance to embrace United’s vaunted academy.

Woodward’s determination to appoint the club’s first director of football in the face of opposition from Mourinho was a further sign of the manager’s weakening power. He will receive a payoff of around £15m.

After three failed attempts to successfully replace Alex Ferguson, United plan to use the time until the close season to assess their options. They want a manager who adheres to the club’s core attacking philosophy, can harness upcoming talent and help lift the mood following Mourinho’s often dour demeanour.

Mourinho is said to have been taken by surprise at his dismissal, having fully expected to continue for the game at Cardiff on Saturday and he is believed to want to continue in club management.

An indication of his mood was given when his confidant Eládio Paramés tweeted in Portuguese: “Moyes did not fit, Van Gaal did not fit, Mourinho did not fit. The only one that fits is Ed Woodward. Do you understand?”

United’s faltering form was underlined by having won once in six league matches, drawing during that sequence with struggling Southampton and Crystal Palace. His final season was also characterised by regular public criticism of his players and a fallout with Paul Pogba.

United said a statement: “The club would like to thank José for his work during his time at Manchester United and to wish him success in the future. A new caretaker manager will be appointed until the end of the current season, while the club conducts a thorough recruitment process. for a new, full-time manager.”

In two full seasons at Old Trafford, Mourinho won the Europa League and League Cup before finishing second in the Premier League last season and reaching the FA Cup final, where United lost 1-0 to Chelsea. In the period since replacing Louis van Gaal, United’s spending stands at £364.3m on eight buys.

The price of shares in Manchester United rose by 5.78 per cent in the first few hours of trading on the New York stock exchange. – Guardian service