Chelsea banned from the transfer market for two windows 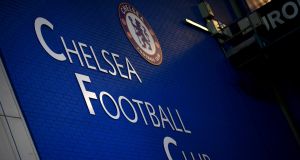 Chelsea have been banned from the transfer market for two windows after Fifa found them guilty of a serious and systemic breach of the rules regarding their dealings with foreign players under the age of 18.

The governing body announced the sanction on Friday at the end of a lengthy investigation into the club and how they have registered players at their academy over a number of years.

The Guardian revealed last month that Fifa had looked into more than 100 player cases at Chelsea. Fifa said that the club had been found guilty of 29 breaches of Article 19 – the most serious infringement relating to the registration of minors – and several others. Chelsea have been fined 600,000 Swiss francs (€529,000) and given 90 days to “regularise the situation of the minor players concerned”, which could involve them being forced to move on anyone brought to the club in contravention of the regulations.

Fifa has also sanctioned the Football Association for breaching the rules in connection with minors, imposing a fine of 510,000 Swiss francs and, according to the statement, allowing “a period of six months to address the situation concerning the international transfer and first registration of minors in football”.

Chelsea have the right to appeal to Fifa and then to the court of arbitration for sport (Cas). It is possible they could delay their punishment until after this summer’s window via appeals, which can be time-consuming, meaning they would be free to make signings between the beginning of June and the end of August.

But the news is a body blow for Chelsea at a time when the manager, Maurizio Sarri, is clinging to his job, after a dismal sequence of results and having lost the confidence of the Stamford Bridge crowd, and the squad is in need of a make-over with doubts concerning the future of a host of players.

Eden Hazard, the club’s star, has suggested that he fancies a summer move to Real Madrid and he, along with Willian, Pedro and Callum Hudson-Odoi, is out of contract at the end of next season. David Luiz and Olivier Giroud are more pressing concerns, given their deals expires this summer, although there is an option to extend the Frenchman’s contract by 12 months.

Fifa’s basic rule is that clubs cannot bring in players under 18 from other countries, unless their parents have emigrated for reasons not connected to football or both the player and club are based within 50km of a national border. Under Fifa’s article 19, the only other exception is for transfers within either the European Union or European Economic Area where the player is aged between 16 and 18.

Chelsea contended that the majority of the 100-plus player cases involved short-term trialists at their academy, who did not go on to sign for them. They argued there is no law against trialing under-18 international players; that it is common practice across Europe and, as such, they believed these cases ought not to have been included in the final judgment. In others that led to them making signings, the club maintained they fully complied with Fifa’s rules.

Fifa came to the conclusion that Chelsea had gravely overstepped the mark. The governing body has in the past brought successful prosecutions against Barcelona, Real Madrid and Atlético Madrid for infringements related to the signing of minors and its pursuit of these cases springs from a determination to help protect children from potential exploitation and trafficking.

Each of the Spanish (and Catalan) clubs was given a two-window ban, although Real served only one after a successful appeal to Cas. Once Fifa’s disciplinary committee decided that Chelsea were guilty, it was no surprise that it chose to ban them for two windows.

Fifa has established a principle which says a systemic breach of the rules should entail a transfer embargo, irrespective of the number of minors involved. In other words, if it can see a pattern of wrongdoing, of repeat behaviour, it will look to impose a ban. Furthermore, it is understood that Fifa worries a one-window suspension does not create harmful consequences, and can be worked around with sufficient planning.

Chelsea completed the £58m signing of Christian Pulisic from Borussia Dortmund last month – he will join in the summer – and they took Gonzalo Higuaín on loan from Juventus until the end of the season, with options to extend the loan or sign him permanently. The club denied that the moves were in reaction to the threat of a transfer ban.

On the field, the team have suffered a series of chastening defeats, the most recent of which was Monday’s 2-0 FA Cup reverse against Manchester United at Stamford Bridge. During it, the home support turned on Sarri in large numbers and he faces a tough task to bring them back around. On Thursday night Chelsea beat Malmö 3-0 to progress to the last 16 of the Europa League.