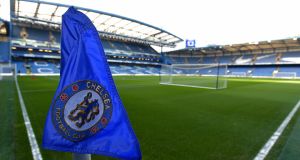 Chelsea will be allowed make transfers in January after the Court of Arbitration for Sport found in their favour. Photograph: Arfa Griffiths/West Ham United FC via Getty Images

Chelsea have launched a stinging attack on Fifa after winning their appeal at the Court of Arbitration for Sport against the second half of their two-window transfer ban, accusing them of a “deeply unsatisfactory approach” and treating them unfairly in comparison with Manchester City.

The London club were given a two-window suspension by Fifa for breaches of the rules regarding their dealings with overseas players under the age of 18 and they served the first one last summer. But they will not now serve the second in January after Cas ruled that Fifa’s punishment was too harsh.

Chelsea had been investigated by Fifa over alleged transgressions regarding 150 players, with the most serious charges concerning those that related to article 19 of the governing body’s regulations. The club were found by Fifa to have broken this rule in 27 cases. But in a judgment that rocked Fifa, Cas stated that Chelsea had only transgressed in “about a third” of these particular cases. Cas also reduced their fine by half to 300,000 Swiss Francs (€274,000).

It is difficult to overstate how angry Chelsea are with Fifa – given they had fully co-operated with a long-running investigation – and what has made it worse is the perception at Stamford Bridge that City have all but got away with similar rule breaches over a similar period from 2009. City were fined 370,000 Swiss Francs in August for violations of the regulations regarding the recruitment of minors yet they avoided a transfer ban.

Chelsea expressed gratitude to Cas for finding in their favour but they did not pull their punches in relation to what they felt was a bias from Fifa which called into question its fitness for purpose.

“The approach taken by Fifa to this case has been deeply unsatisfactory, not least as Fifa chose to treat Chelsea entirely differently to Manchester City for reasons that make absolutely no sense to Chelsea,” a Chelsea statement read.

“Chelsea respects the importance of the work undertaken by Fifa in relation to the protection of minors and has fully co-operated with Fifa throughout its investigation. However, if Fifa continues to impose inconsistent and unequal sanctions on clubs then it will not only undermine the very purpose of the regulations but it will also bring into doubt the game’s confidence in Fifa being able to appropriately regulate this important area.”

Chelsea said that in 16 of the 27 breaches of article 19 – as outlined by Fifa – they had registered the players in “exactly the same way as other Premier League clubs registered players at the time”. Furthermore they said that, having checked with the Premier League, they were told that “no special application was required (and in fact no special application process existed)”, making it “perverse” that they were charged in these instances.

In six of the other cases, Chelsea said that the breaches were of a “procedural nature only” and in the remaining five they argued against Fifa’s concept of “deemed registrations”. – Guardian