Ulster can overcome all the distractions 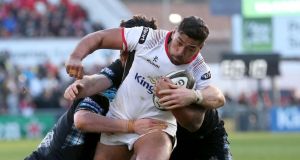 Given all that has transpired on and off the pitch this season, the last thing Ulster rugby needed ahead of a match that will determine whether they play in the Champions Cup or Challenge Cup next season was another sideshow.

However, once departing Ulster head coach Jono Gibbes was linked with the vacant role at La Rochelle, and then, according to reports in Belfast, accepted an invitation to hold talks with the French Top 14 side on Thursday, Sunday’s pivotal match for the Irish province was overshadowed. The discussions couldn’t be classified as clandestine but the timing is questionable.

The upshot appears to be that Gibbes will return to New Zealand and a position at Waikato as he declared in March when he originally indicated that he would be stepping down as Ulster coach – he took over from Les Kiss in January – to be closer to an unspecified family matter back home.

Dan McFarland has already been appointed as Ulster’s new head coach, albeit without any firm indication of when he will arrive to take the role. The Scottish Rugby Union, McFarland’s previous employer, is looking for compensation to release him early from his contract.

Compounding the negative headlines is that fact that Ireland captain Rory Best joins Iain Henderson on the sidelines because of injury, a treatment room that’s full to bursting given the number of absentees.

Despite all the distractions, the Ulster players have shown excellent character in adversity in their three most recent matches, including an 8-0 win over the Ospreys in Belfast, a handsome victory over the Glasgow Warriors, and a fine 24-24 draw against Munster in Thomond Park.

It will require another performance of that ilk to achieve the desired result on Sunday. Charles Piutau, Robbie Diack and Callum Black will be making their final appearances in Ulster colours, while Jack Regan, ex-Ireland under-20 international and son of former Offaly hurler Daithí, could make his debut if he’s introduced from the bench.

Rob Herring captains the team from hooker, Nick Timoney gets to measure his continuing development against two Lions, Justin Tipuric and Dan Lydiate, while the return of Ulster’s player of the year John Cooney is a significant fillip. Ulster have the backs to win the match but will they have the ball? That’s the biggest challenge for a pack that’s shorn of key individuals.

Plotting Ulster’s downfall is a former player and coach at the province, Allen Clarke, recently promoted to head coach at the Ospreys on a three-year deal after fulfilling the role in an interim capacity following the departure of Steve Tandy.

On paper, the Ospreys are stronger in the tight five, are less encumbered by injury concerns, and boast some outstanding internationals in key positions, but on the evidence of recent form Ulster are playing with a belief and, at times, real quality that’s been irresistible.

If they can broach those levels for 80 minutes on Sunday they just might have a moment to savour.