World Rugby to investigate allegations of homophobia against Fiji chairman 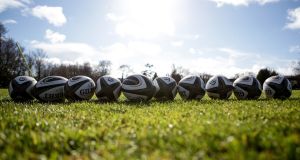 World Rugby are to investigate Francis Kean, the chairman of the Fiji rugby union and World Rugby council member who was convicted of manslaughter in 2007, following allegations of “rampant homophobia” in the Sunday Times.

The newspaper heard and published “graphic recordings” of Kean while in charge of the Fiji prison service.

“Rugby is a sport built on strong and inclusive values and World Rugby does not in any way condone abusive or discriminatory behaviour as enshrined within its bylaws.

“It would be inappropriate to comment further until we have discussed the matter fully with the Fiji Rugby Union and have established all the facts.”

World Rugby bylaw 3f states that an objective of the organisation is to “prevent discrimination of any kind” against a country, private person or groups of people.

Kean was only nominated for the World Rugby executive committee having been seconded last week by the French rugby federation, whose president Bernard Laporte is running mate to Bill Beaumont’s bid to be re-elected as WR chairman for a second term.

Thirteen years ago Kean was convicted of the manslaughter of John Whippy at the wedding of Fiji prime minster Frank Bainimarama’s daughter, Ateca, to Whippy’s nephew. The Sydney Morning Herald reported this week that Kean “punched and kicked Whippy and was dragged away but returned to kick him in the head”.

Kean served a couple of months of an 18-month sentence while receiving his full salary. The Sunday Times revealed that Amnesty International have heavily criticised him “for the culture surrounding him after he was put in charge of prisons in 2016”.

He is a brother-in-law of Bainimarama, who came to power following a military coup in 2006, which Kean helped stage as head of the Fijian Navy

Beaumont stated in his re-election manifesto that he will be “undertaking a full review of the organisation’s governance” but he must first win a majority victory over former Argentina scrumhalf Agustín Pichot in the May 12th vote.

“The system does not trust World Rugby, that’s the reality” said Pichot. “We have let politics get inside the organisation and that’s not good. I have been a part of it and I should have pushed harder for a fairer system.”

1 The Offload: Ireland are stuck in no man’s land
2 Nicky English: Galway and Waterford face battles with fatigue in All-Ireland semis
3 Ken Early: Roles have reversed for Guardiola and Mourinho
4 Every kind of wind imaginable was against Tipperary football - and they came through
5 Tipperary and Cavan deliver two earthquakes in one day
Real news has value SUBSCRIBE

Spurs chairman Levy warns of ‘irrecoverable loss of income’ if fans don’t return 14:03
Manly Sea Eagles NRL player Keith Titmuss dies after training aged 20 11:30
Arsenal and Leeds condemn online abuse of Pépé and Alioski 11:04
All in the Game: Neil Warnock on I’m a Celebrity? 10:00
The Offload: Ireland are stuck in no man’s land 10:00
Crossword Get access to over 6,000 interactive crosswords