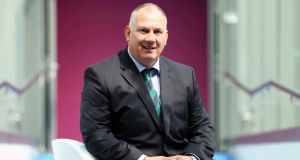 Ireland face into their first match of the Under 20 Rugby World Cup knowing momentum will play its part if they are to emerge from a pool containing Monday’s opponents France as well as Wales and Fiji.

The injury hit Irish side have installed UL Bohemians number eight Jack O’Donoghue as captain following the failed bid of Leinster’s lesser-known Seán O’Brien to be fit for the tournament.

O’Donoghue captains for the first time with Galwegians’ Ciaran Gaffney on the wing and Terenure’s Craig Trenier both earning their first caps against a French side that beat Ireland this year in the Six Nations Championship.

Ireland would not be expected to go deep into the tournament although underage events have a habit of wandering off script. France, the Grand Slam champions, won 23-13 when the teams last met but there was a quiet confidence in the Irish team before they left for New Zealand that improvement was required and possible.

Ruddock has gone for a team capable of standing up physically to the French, who along with Wales edged Ireland out up front in the Six Nations. But the Irish coach enlisted the help of Joe Schmidt, Greg Feek and Les Kiss to come in and go over areas that needed work and to that end Ireland may be better informed.

“If we can get some good ball and get a good culture with the referees in terms of philosophy of making sure of that tackle so we can get quick ball from the ruck, I think we’ll be a very dangerous team.”

Given the run of matches, durability and staying healthy will also be pivotal to a good outcome. In the pool, Ireland play three matches over eight days with Wales following on Friday in the second match before Fiji on Tuesday June 10th.