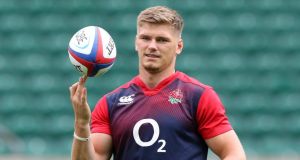 England’s bid to scale rugby’s Everest begins in earnest this evening. Base camp has long since been established but the first warm-up against France at Twickenham represents the next, slightly apprehensive step. For some players this is as high as they will get; for others the real push for the summit starts now.

If past Rugby World Cups have taught us anything it is to prepare for all eventualities. The 2003 tournament ended blissfully for England but not before they had to cope with the lengthy injury absence of Richard Hill, fitness alarms at scrumhalf and much off-field stress. In 2007 the squad were hammered 36-0 by South Africa in the pool stages; four years ago they bowed out in the quarter-finals.

It explains why World Cups, generally speaking, are less about poetry in motion than scrambling to victory. Just as mountaineers shun unnecessary risks on sheer rockfaces, so most rugby coaches preach the gospel of simplicity at major tournaments. Stay tight, get your basics right, kick your goals and, with any luck, the scoreboard will look after itself.

Which begs the question which continues to preoccupy Stuart Lancaster: if I want to keep Wales and Australia at arm’s length how best do I go about it?

In both cases the obvious answer is not to throw the ball around unnecessarily, concede avoidable turnovers or overplay inside their own half. A more expansive game may have borne fruit against France on a mad final Six Nations weekend earlier this year but that 55-35 try-fest will bear little relation to the tense, tight contests in prospect next month.

When Saracens played Bath in the Premiership final in May all the pre-match talk revolved around Bath’s quicksilver backs, marshalled by George Ford. In the event it was virtually all over inside the first half-hour: the electric Anthony Watson was flattened by Owen Farrell and Bath were harried into a series of costly errors.

Farrell, moreover, contributed 18 points as Saracens won 28-16. During the Six Nations, Ford established himself as a genuine international threat, helping England score 18 tries in the championship. Five months on, however, the 23-year-old Farrell is not just fit again but visibly determined not to spend his World Cup holding tackle bags.

It would, accordingly, be no surprise if Farrell, who starts at 10 tonight, ends up playing a more prominent role than some expect. Even Farrell cannot resist dropping a quiet hint. “In tight games kicking’s massive and we’ve got a few big games in our pool,” he murmured last week, not sounding like a man resigned to watching the tournament from the bench. Guardian Service