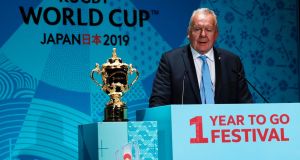 World Rugby chairman Bill Beaumont will convene a meeting in Dublin later this month in a bid to discuss proposals for a World Rugby League that has drawn widespread criticism right across the rugby community.

Several high-profile players, including Ireland’s World Player of the Year and president of the International Rugby Players Council (IRPC) Johnny Sexton, England captain Owen Farrell and his New Zealand counterpart Kieran Read have all spoken out against the proposals on the grounds of player welfare.

A report in the New Zealand Herald newspaper detailed a 12-country annual tournament that would be comprised of teams from the Six Nations and Rugby Championship participants as well as Japan and the USA. The agreement, that would be in place for 12 years would, at face value, exclude countries like Fiji, Tonga, Samoa and Georgia, with no promotion or relegation to boot.

Beaumont issued a statement which read: “In light of continued speculation and commentary, I am convening a meeting of chairmen and CEOs from tier one unions, Fiji and Japan and player representatives in Dublin later this month to consider the way forward for an annual international competition.

“Contrary to reports, no decisions have been made. This is an ongoing and complex process with multiple stakeholders, some with differing views. Only by working together in the interests of the global game can we achieve something truly impactful in this important area for rugby’s future global growth. I look forward to a constructive debate with my colleagues and productive outcomes.”

World Rugby CEO Brett Gosper had earlier, in an interview with AFP, moved to clarify a number of issues stating that there would be two divisions with promotion and relegation, that players wouldn’t play five games in a row in November, that there would be a reduced fixture schedule in Lions years and that a World League could act as a qualification vehicle for future Rugby World Cups.