IOC says drive for equality has led to 47.7% female membership across 30 commissions 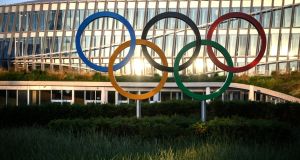 The International Olympic Committee (IOC) says women now account for almost half of the membership of its various commissions, an all-time high in the organisation’s drive for gender equality.

“Since 2013, as a result of Olympic Agenda 2020, female participation in the IOC commissions has more than doubled (coming from 20 per cent in 2013),” a statement said.

“Advancing women in leadership roles in sport is truly a team effort, and I want to thank all those who have contributed to this for their continued support, commitment and inspiration,” IOC president Thomas Bach said in a statement.

“There is always more that can be done, and we can make progress only if we work on this together.”