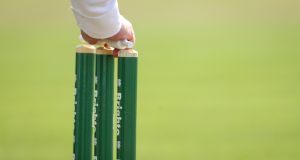 The Ireland women’s cricket team have suffered a big blow as they prepare for the T20 World Cup global qualifier in Scotland in August after the Zimbabwe women’s team pulled out of their tour of Ireland at the last minute.

Zimbabwe cricket has been in turmoil, with the International Cricket Council threatening sever sanctions over government interference after the replacement of the national cricket board in the African country.

And while the Zimbabwe men’s team have arrived in Ireland for a series of one-day and T20 games,Cricket Ireland learned on Friday that the Zimbabwe women’s team will not travel.

“We received correspondence late this afternoon from Zimbabwe Cricket in which we were informed that due to a funding issue, Zimbabwe Cricket will not be sending their women’s team to Ireland,” said Cricket Ireland chief executive Warren Deutrom in a statement.

“With the team due to arrive on Sunday, there is clearly no time to find an alternate and, after urgent consultation with the ICC to seek clarification, we regret to confirm the women’s tour has been cancelled. This will not, however, impact upon the men’s tour which will proceed as scheduled.

“Notwithstanding the significant and costly considerations for Cricket Ireland – including venue hire and management, infrastructure hire, training days, catering, hotel, accommodation and promotional costs – we are all desperately sorry for the players, fans and the many staff and volunteers from across the cricket community who had supported planning for this tour and who planned to be at these matches.

“We are additionally conscious that this series was an important piece of our preparations for the upcoming ICC Women’s T20 World Cup Qualifier and we will look into alternative arrangements so our senior women’s team will not be completely disadvantaged by these disappointing circumstances.”

Ireland women were due to take on Zimbabwe in three one-day internationals at Oak Hill in Wicklow from July 3rd to 7th before three T20 internationals that were to be played as part of double-headers with the men’s T20 series at Stormont in Belfast and Bready in Co Tyrone.

At present the Ireland women’s team and new head coach Ed Joyce will take part in a quadrangular T20 tournament in Deventer in the Netherlands along with the hosts, Scotland and Thailand before the start of the T20 World Cup Qualifier in Scotland.

The Zimbabwe men’s team take on the Ireland Wolves on Saturday at Eglinton CC (10.45am), with the first of three One-Day Internationals at Bready on Monday.