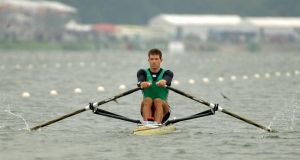 After a terrific summer of competition, this weekend brings rowing back into conflict with the Irish weather.

Skibbereen Head of the River, set for the National Rowing Centre in Cork tomorrow, has been cancelled. This follows the prediction of winds gusting up to 39 kph.

The extraordinary general meeting of Rowing Ireland, scheduled for the same venue this weekend, has also been cancelled.

The meeting was to have considered the points for intermediates in the new grading system. Rowing Ireland chief executive Hamish Adams said yesterday the board meeting in two weeks’ time will likely consider new dates for the egm.

Unfortunate
The loss of Skibbereen head is unfortunate, as the event is an autumn highlight.

The entry of 330 crews reflects the rise in participation in the sport. Some 212 competitors took part in the last weekend’s Dublin Sculling Ladder time trial – a record entry. Seán Jacob broke the record set by Niall O’Toole in 1991, the year after he became lightweight single sculls world champion.

Some of Ireland’s promising young stars will fight it out in Boston this weekend.

Just months after taking up a scholarship in Princeton University, Bridget Jacques has been named in one of the two Princeton crews competing in the women’s Championship Eights at the Head of the Charles. The Notre Dame crew in the same class is stroked by Limerick woman Ailish Sheehan.

Rowing festival
The international rowing festival, which draws hundreds of thousands of spectators, is the biggest two-day rowing event in the world. Nine thousand rowers compete in 55 time-trial races.

Rowing Ireland have decided to highlight a recent change in the rules of international rowing. A rower who competes in a major championships for a country will generally be restricted to competing for that country for the following two years.