The income tax deadline: could pension planning bring your tax down?

The income tax deadline is fast approaching. For all workers this is an opportunity to be proactive and save on their tax bills and for their retirement 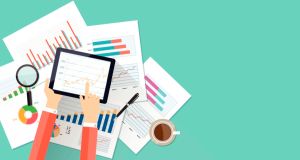 Mind the Gap: The income tax deadline is November 14th if you are paying online

Saving for your retirement whilst paying less tax seems like a no brainer, but when it comes to pensions, only 47 per cent of Irish workers currently have one, according to Aviva Ireland’s ‘Mind The Gap’ pensions savings report.

Aviva’s research found that Ireland has the second largest pension gap in Europe. This is the amount of money people are currently saving for their pension versus the income they will most likely need to provide an adequate standard of living for themselves in retirement.

According to the research, Ireland’s pension gap has increased by 38 per cent since 2010, compared to an increase of 6 per cent across Europe. It found that Irish workers need to save €27.8bn more to make up the shortfall.

Richard Hales, retirement solutions manager at Aviva Ireland, says that any time of the year is a good time to start a pension, but October/November is traditionally known as Pension Season, and he is encouraging people who do their own tax returns, to start a pension now, as it’s a good opportunity to reduce their tax bill.

“The Income tax deadline is primarily there for the self-employed such as vets, accountants, solicitors and doctors to make appropriate tax returns to the Revenue Commissioners. Their tax year is January to December and on the following October 31st, they’re filing their returns and paying any outstanding tax that they have for the previous year. They’re also paying what is known as preliminary tax for the current year, so it’s a very busy time for these individuals. Their deadline is extended to November 14th 2017 if they are paying online, as Revenue wants to move people to an online rather than a paper-based system.  You need to make sure you are registered for ROS, and are set up to pay and file online to avail of this extension.”

How do pensions fit into that?

According to Richard Hales, the people who can take advantage of this are those who have relevant earnings from self-employment, or those who are in non-pensionable employment. “Say you’re working for a company and they don’t have a pension scheme in place, then your salary from there is non-pensionable,” he says. Employees can also make Additional Voluntary Contributions (AVCs) to their pension scheme and avail of tax relief at any time.

Why should workers consider this now?

“Let’s say you retire today on a salary of €50,000 a year and you have made no pension provision. When you retire your income will drop to approximately €12,000 per annum which is payable through the current State pension. It’s about making people aware and asking are you going to have enough money in retirement, which is effectively the longest holiday you’ll ever have. The Mind the Gap calculator, which is on our website, takes all your details, including age, salary, any pension provision you have made for yourself already and it shows you what your pension gap is. We want people to use this as a wake up call to start funding for their retirement”

In order to get people saving for their retirement, the Government has incentivised private pensions, he explains.

“The whole idea is to incentivise people to start a pension now, because let’s face it, you will still want to be able to do the things in your retirement that you enjoy doing now .

Lisa can split her contribution as follows:

Ciaran can split his contribution as follows: