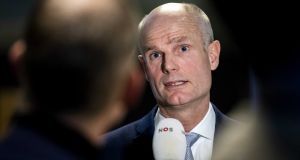 Two Dutch diplomats have been given a fortnight to leave Moscow in the latest flare-up in tense relations between the two countries – this time centred on accusations of Russian industrial espionage in the Netherlands’ high-tech sector.

The tit-for-tat expulsions come after two Russian diplomats in The Hague were sent home in December following a report by the Dutch intelligence service, AIVD, that it had uncovered spies targeting private companies and academic institutions working at technology’s cutting edge.

In a rare insight into the priorities of allegedly rogue countries seeking a high-tech competitive advantage, the AIVD report claimed the Russians focused particularly on “companies dealing with artificial intelligence, semiconductors and nanotechnology” with civilian or military applications.

It said the two expelled men worked for the Russian foreign intelligence service, SVR, who had established “a substantial network” of contacts, some of whom had been paid for information with the potential to “damage the Dutch economy and national security”.

The Dutch decision to act against the Russians came on December 10th, the day after the European Medicines Agency, based in Amsterdam, was hit by a sophisticated cyberattack targeting coronavirus vaccine data – although there was no confirmation that the two were linked.

Moscow’s response came last Monday when the Netherlands’s acting ambassador, Joost Reintjes, was called to the foreign ministry to be told that the Dutch expulsions had been “provocative” – and that two Dutch officers were being thrown out “in line with the principle of reciprocity”.

The battle of words continued after the diplomatic carpeting, with the Russian foreign ministry describing the Dutch espionage allegations as “groundless” and part of “a new round of anti-Russian hysteria organised by The Hague with the help of pro-government media”.

Dutch foreign minister Stef Blok – acting in a caretaker capacity since the Mark Rutte-led coalition fell last Friday – responded that the two Dutch diplomats had “done their work for the Netherlands in a professional manner” and were being expelled “through no fault of their own”.

Relations between the two countries began to sour in September 2013 when Russian troops arrested the Amsterdam-registered Greenpeace ship Arctic Sunrise during a protest against Russian oil drilling in the Arctic.

The following month a Dutch diplomat was tied up and beaten at his home in Moscow – days after Dutch police arrested and held his Russian opposite number despite his protestations of diplomatic immunity.

In July 2014 came the shooting-down of Flight MH17 with the loss of 298 passengers and crew – 196 of them Dutch – allegedly by pro-Russian separatists in eastern Ukraine.

Most recently, in 2018, the Dutch expelled four Russians arrested apparently red-handed while attempting to hack into the Organisation for the Prohibition of Chemical Weapons, which was investigating the Skripal poisoning.