Over 700 men fined for harassing women in public 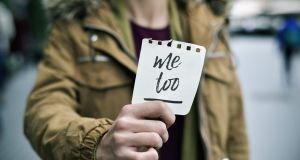 French feminist Anais Bourdet said that while the law was important on a symbolic level, it was ineffective as men do not harass women when police are around. File photograph: Getty

French authorities have fined more than 700 men for harassing women in public since the introduction of a law a year ago to stop cat calls, lewd comments and gestures.

Those breaking the law face potential on-the-spot fines of up to €750 or €1,500 if there are aggravating circumstances such as the victim is under 15.

The law came into effect last August days after outrage erupted in France when a man hit a woman after she confronted him for wolf-whistling her outside a Paris cafe.

Predatory remarks and wolf whistles are fairly commonplace in France. The law, introduced as part of tougher legislation to fight sexual violence, penalises sexist or sexual words or behaviour that are hostile, degrade, humiliate or intimidate.

The office of gender equality minister Marlene Schiappa, who spearheaded the legislation, said in excess of 700 fines had been issued.

“Street harassment: over 700 fines,” Schiappa tweeted. “It is no longer permissible and must no longer be tolerated to insult, to follow, to humiliate women by harassing them in the street, on transport or in public space!”

What has been the reaction?

But French feminist Anais Bourdet said that while the law was important on a symbolic level, it was ineffective as men do not harass women when police are around.

Bourdet said the small number of fines was “ridiculous” given the scale of the problem, adding that she had received 15,000 testimonials from women reporting harassment since setting up a project to highlight the issue in 2012.

“This law is a dressing on a gaping wound . . . and we cannot be content with a symbol,” she said.

Bourdet said the key was to invest in education and prevention as behaviours were learned at a very early age, often in the playground.

A man who slapped a woman’s bottom on a bus near Paris and made lewd remarks became the first person to receive a fine under the law last September. He was jailed for the assault and fined €300 for the comments.

The anti-harassment law is backed by 90 per cent of the French public, according to a survey last year by polling company Ifop. – Reuters