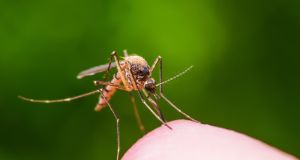 Over 146,000 dengue cases were reported in the first seven months of the year. The public has been asked to help by destroying mosquito breeding sites. File photograph: Getty

The Philippines declared a national dengue epidemic on Tuesday, saying that the mosquito-borne disease had killed at least 622 people in the country so far this year.

More than 146,000 dengue cases were reported in the first seven months of the year, almost twice as many as in the same period last year, according to the country’s health department.

“This is really staggering,” said health secretary Francisco Duqu. He said the declaration of an epidemic was needed so local governments in badly hit places could use “quick response funds” to fight the disease. Officials said the western Visayas region of the Philippines had the most cases, at more than 23,000, followed by the suburbs south of Manila, the capital, which had more than 16,500 cases. Parts of the southern island of Mindanao also reported a high number of infections.

The Philippine government has struggled to address dengue since December 2017, when it stopped using a vaccine called Dengvaxia that was found to pose health risks to people who had not previously had the disease. Two years earlier, the Philippines had become the first country in Asia to approve the commercial sale of Dengvaxia, in what was then considered a medical breakthrough.

The drug was distributed to almost a million children through a school immunisation programme, with the government arguing that it had been approved for use by the World Health Organisation. (The group later said that it had not given a “blanket recommendation” to use the drug.)

But the programme was halted after French pharmaceutical giant Sanofi, which developed Dengvaxia, announced that in rare cases vaccinating people with no prior history of dengue infection could lead them to develop a more severe form of the disease.

With the discontinuation of Dengvaxia, the Philippines has been left with little means to combat the spread of dengue, said Mr Duque. He asked the public to help by destroying mosquito breeding sites. About 400 million people around the globe are infected by dengue every year, making it the most widespread mosquito-borne disease. The illness can be excruciating, with symptoms including high fevers, headaches, muscle and joint pains and lingering weakness.

There are several known dengue viruses, or serotypes, and while there is no specific treatment or cure, most people who are infected with dengue recover and become immune to the serotype to which they were exposed. But those who later become infected with a different serotype can develop a severe hemorrhagic fever that causes about 25,000 deaths each year.

Dengvaxia was approved as a dengue vaccine by the US Food and Drug Administration earlier this year, although with significant restrictions. Other vaccines are in development. – (New York Times)

1 Donald Trump’s political success is based on racism
2 Ireland earns ‘right to be hopeful’ again as Government fast-tracks plans to reopen country
3 Pubs reopening will not mean ‘fellas having a few pints and peanuts’, Holohan warns
4 Coronavirus: People to be allowed to travel anywhere in their county from Monday
5 ‘White Irish people have never had to think about this’
Real news has value SUBSCRIBE